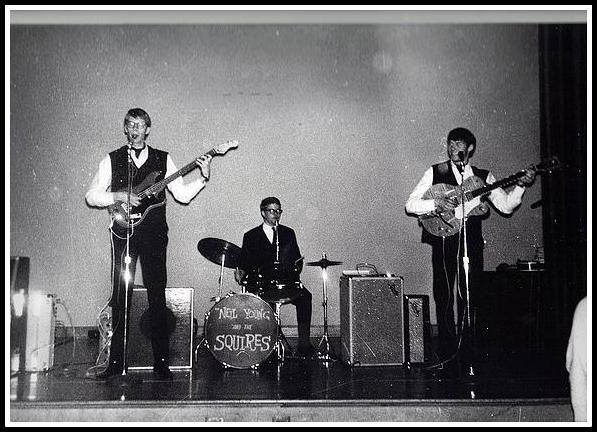 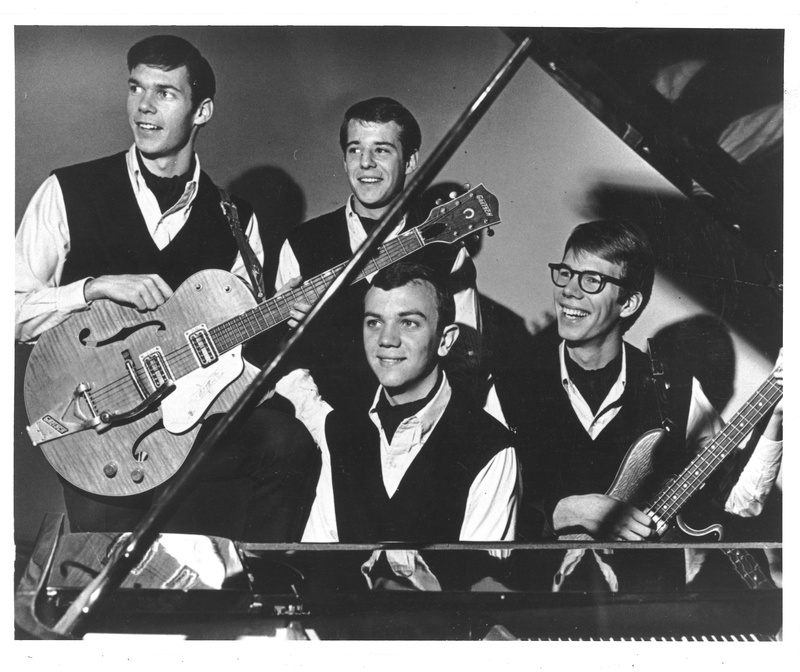 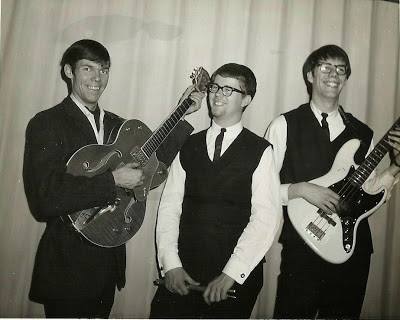 On this day April 12 1965 Neil Young and the Squires (Young on guitar, Ken Koblun on bass and drummer Bob Clark) were in the middle of a weeklong gig at the Hudson Hotel in the northern outpost of Churchill, Manitoba which began on April 8. The band also played the Navy Club on the afternoon of April 11 before playing their evening set at the hotel.

As Young told me, "It was pretty hairy up there. All the trees were leaning to one side with all the leaves on that same side. The cold north wind had pounded them down to nothing. They didn't look like trees but they were. Playing the Hudson Hotel in Churchill was like the Star Wars bar or something. There were half breeds, Indians, trappers, outcasts from society, big policemen with buffalo fur coats on, and maybe three women in the whole town. Every time one of them walked by, everybody went, 'Holy shit, did you see that!'" The frigid climate proved to be a formidable foe. "If someone really drank too much someone else had to go home with them because if they passed out on the way home, they could die in the cold. One night they found an Indian guy half a block from the bar leaning on a telephone pole frozen solid. I wrote a song to the tune of Jewel Aken's The Birds and the Bees that was about Churchill. It went, 'Let me tell you 'bout a thing called snow when it's forty-five below and a penguin I know.' I did it at the Hudson Hotel and it was a big hit. People loved it."

Drummer Bob Clark, previously in The Road Agents, had joined the band a couple of days before the Churchill gig. Second guitarist Doug Campbell's parents wouldn't let him go to Churchill so the Squires went as a trio, taking the long and arduous train ride there. As Clark's mother Liz recalled, "I came home and there was a note from Bob: 'Gone to Churchill, see you in a week.' I was flabbergasted!" -John Einarson 2016 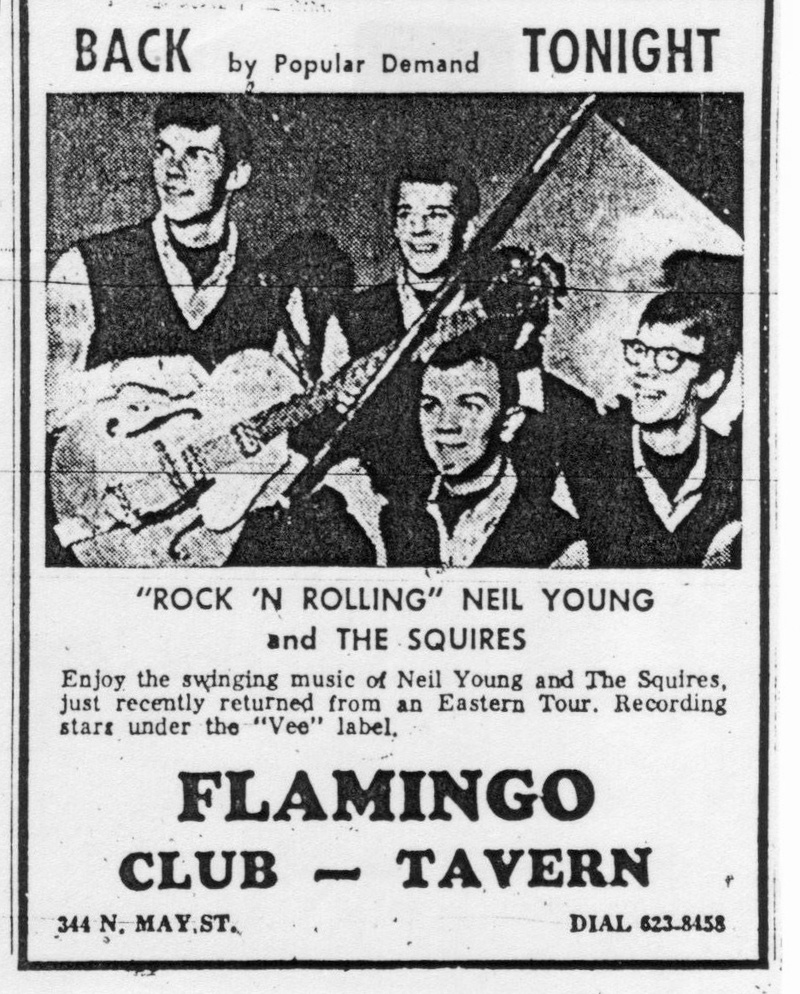 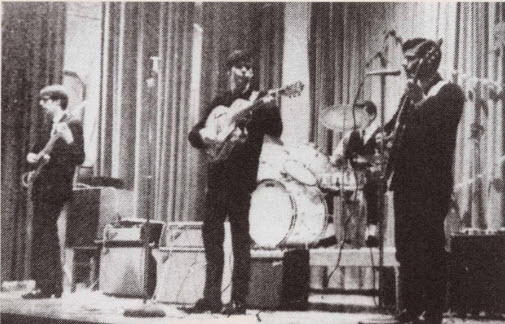 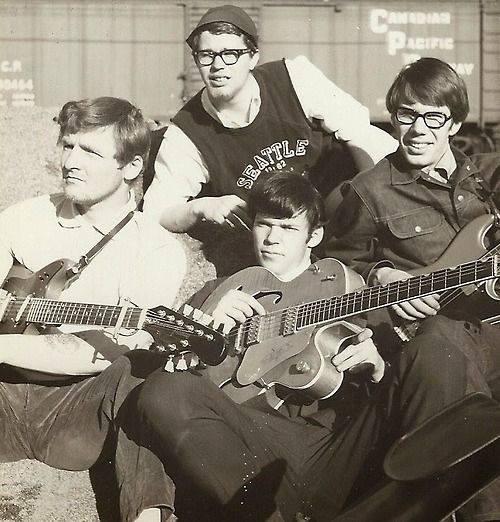 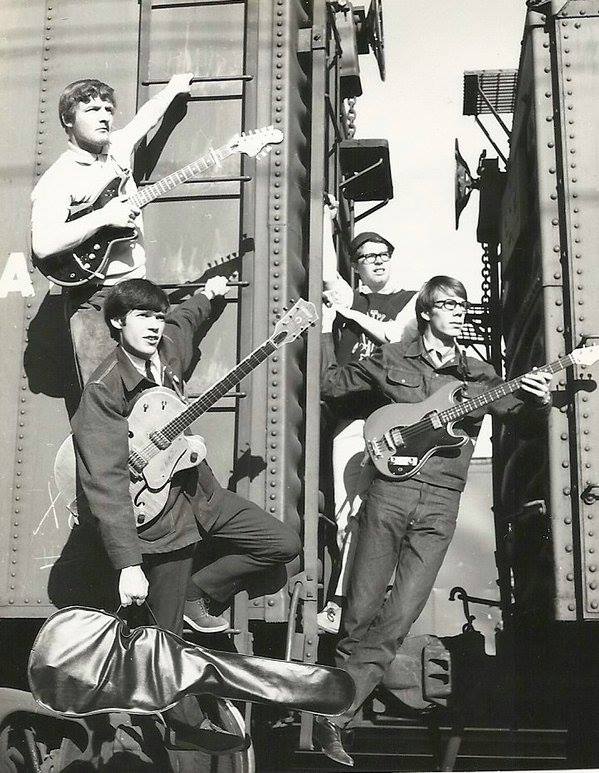 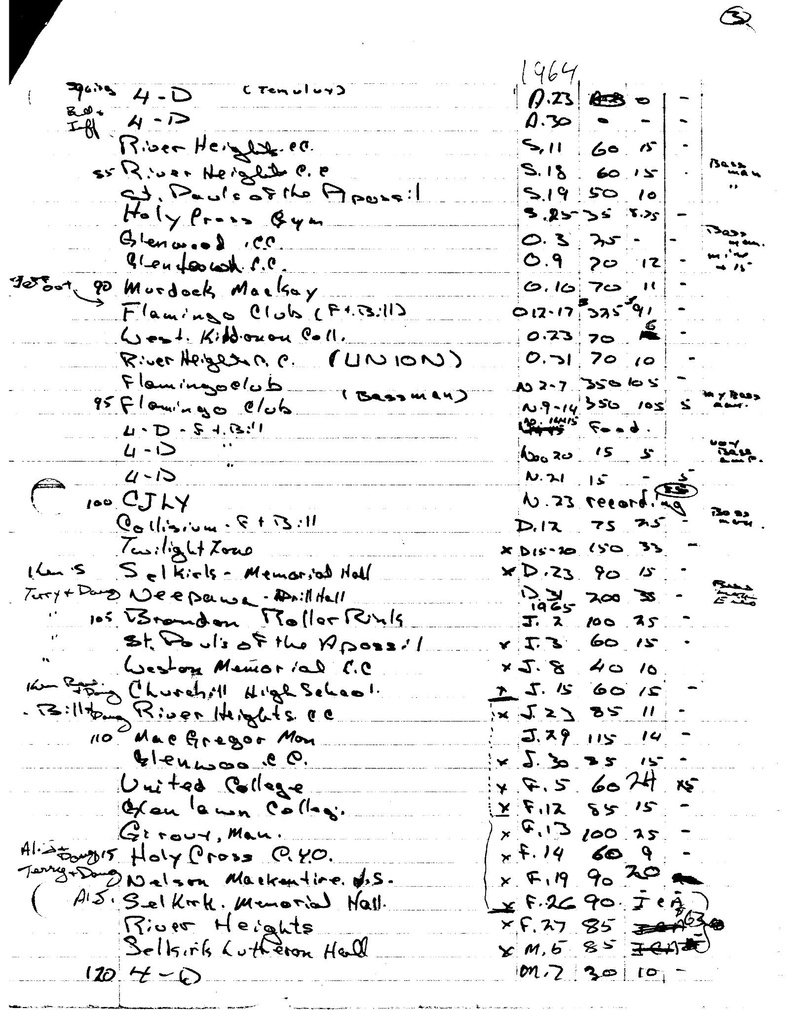 ^^ Written by The Squires' bassist Ken Koblun, it's a portion of his extensive hand written list of every Squires gig and additional details of each. Historic. -JOHN EINARSON 2011 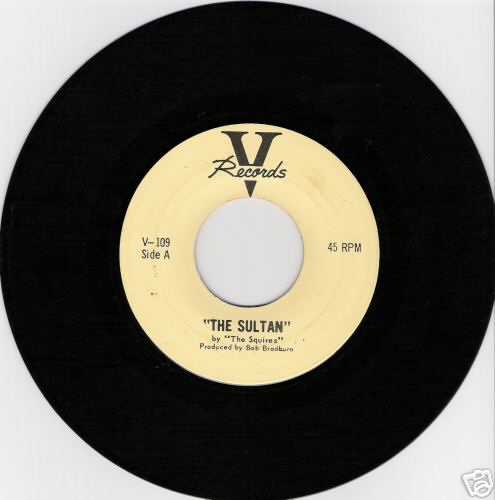 July 23, 1963, The Squires - Neil Young on lead guitar, Allan Bates, rhythm guitar, bassist Ken Koblun and drummer Ken Smyth - had their first recording session at CKRC studios on Carlton Street in the Winnipeg Free Press building. With Harry Taylor (photo below at the studio console) engineering and CKRC deejay Bob Bradburn producing (in name only, Harry did the production in reality) the Squires recorded two Neil Young instrumental compositions, "The Sultan" and "Aurora". With the songs committed to tape, the band signed a one-record deal with local Ukrainian music label V Records who released 300 copies of the single in September 1963. This was Neil Young's first recording session. Neil played his Gibson Les Paul jr solid body guitar on the session. He wouldn't acquire his Gretsch 6120 hollow body until September - John Einarson 2016                                     . 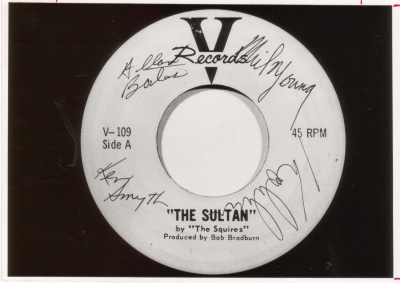 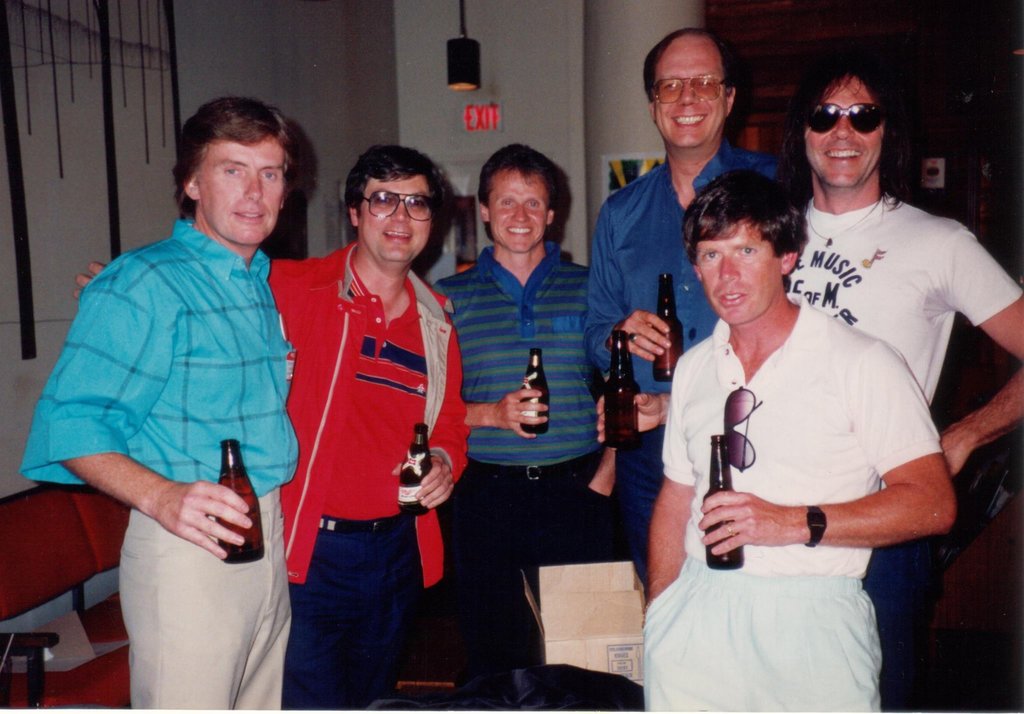