The Crescendos. While every Beatle-haired teenager dreamed of going to Liverpool, this local quartet – Glenn MacRae, Vance Masters, Terry Loeb and Dennis Penner - did just that, taking the ferry cross the Mersey in August 1965. Six months later they were playing the renowned Cavern Club (the only Canadian group ever to do so), home of the Beatles, jamming with Paul McCartney at the Blue Angel, and recording with The Searchers’ Chris Curtis. Their lone single remains among the most collectable 45s in the UK. A commemorative wall was recently unveiled on the site of the Cavern Club; on one of the bricks is engraved: The Crescendos.-John Einarson 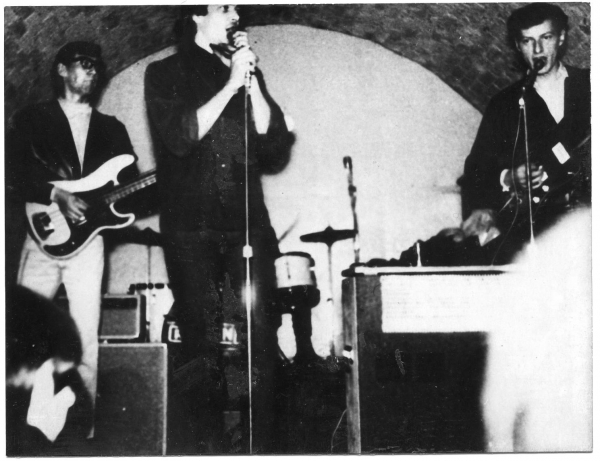 The Crescendos make music history playing Liverpool's legendary Cavern Club, late 1965. Dennis Penner, Glenn MacRae, Vance Masters behind on drums, Terry Loeb on guitar. What a tiny stage! There's a wall of bricks outside The Cavern with all the names of bands who played the club in it's original heday. There's abrick with The Crescendos and one for The 5 AM Event. Now that, folks, is immortality!! - John Einarson 2011 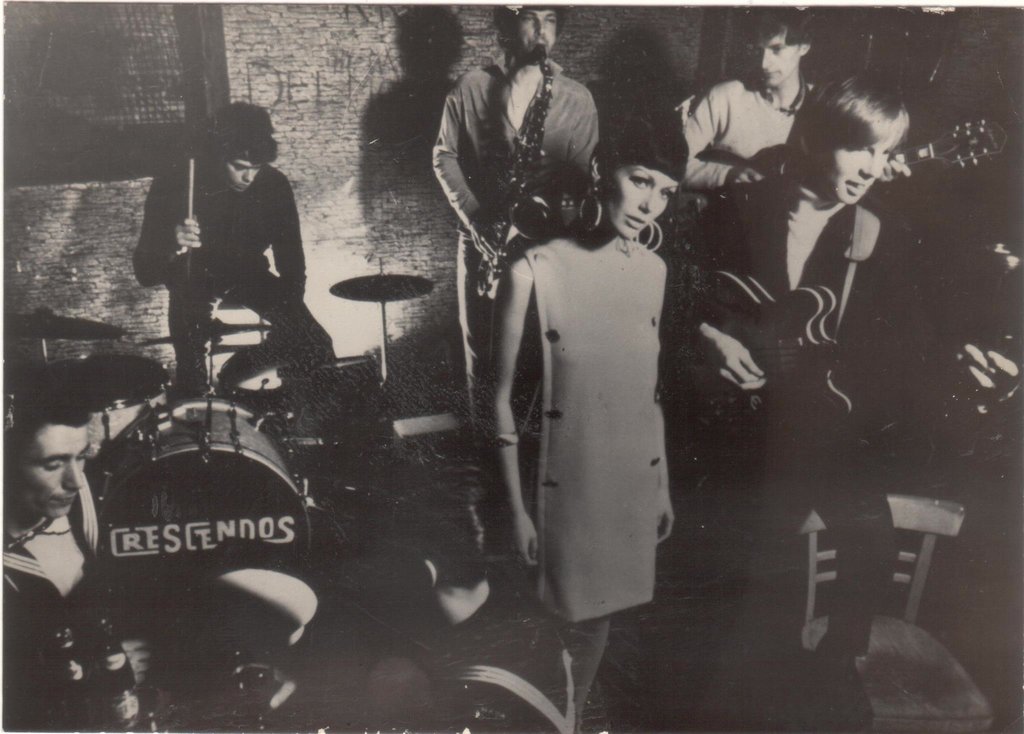 The Crescendos do a photo shoot for a fashion ad at Liverpool's famous Blue Angel club, 1966.

Glenn MacRae- We were playing at the Blue the night before and were approached by a crew shooting photos with models for a national wool campaign. They hired us to come back the next day when the club was closed to do the shoot. They also invited the sailors in the shot to come back to be 'crowd' and paid them in drinks. The cool thing was that they were Canadian sailors in town with a battleship. If you look closely in the photo you can see the Canada shoulder flashes.
The ad was used in all the fashion magazines in Britain and in Europe--"Buy Wool". 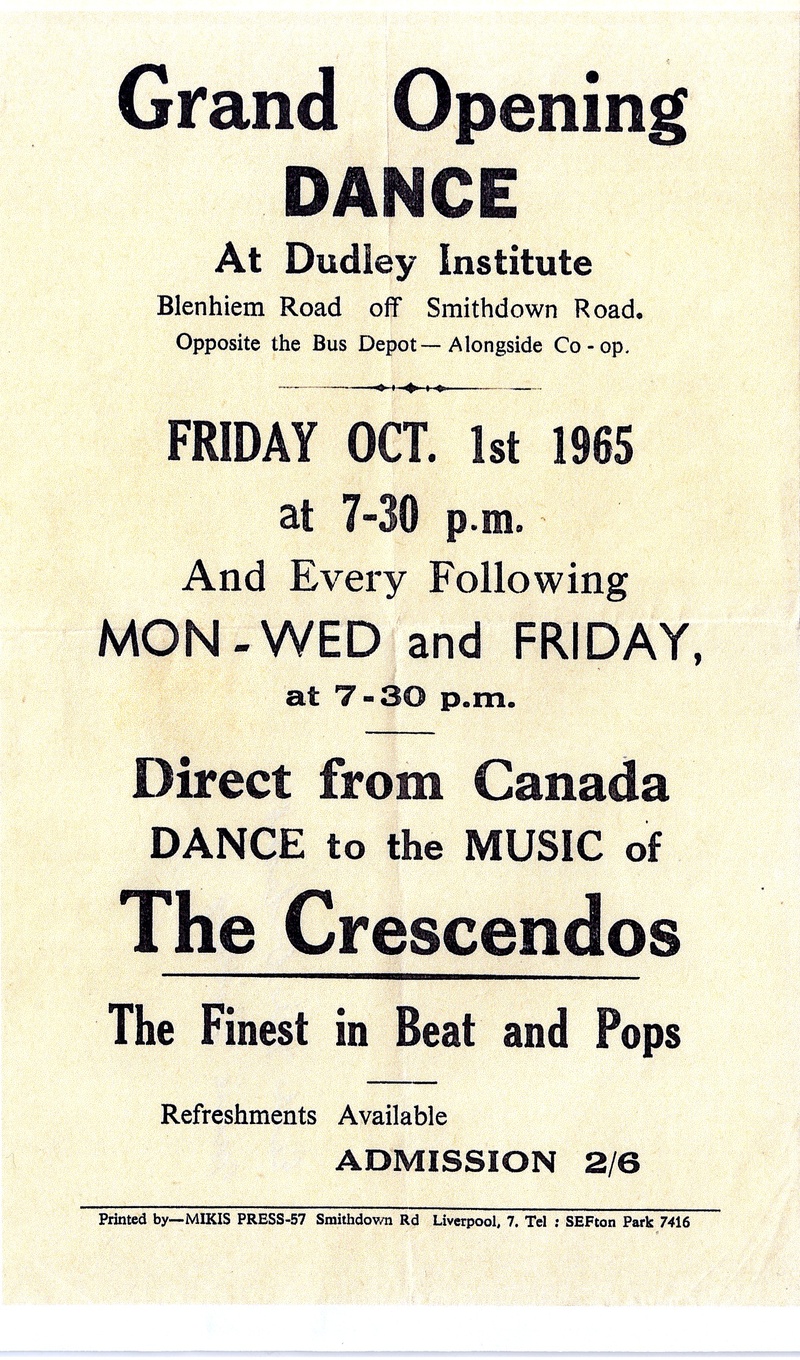 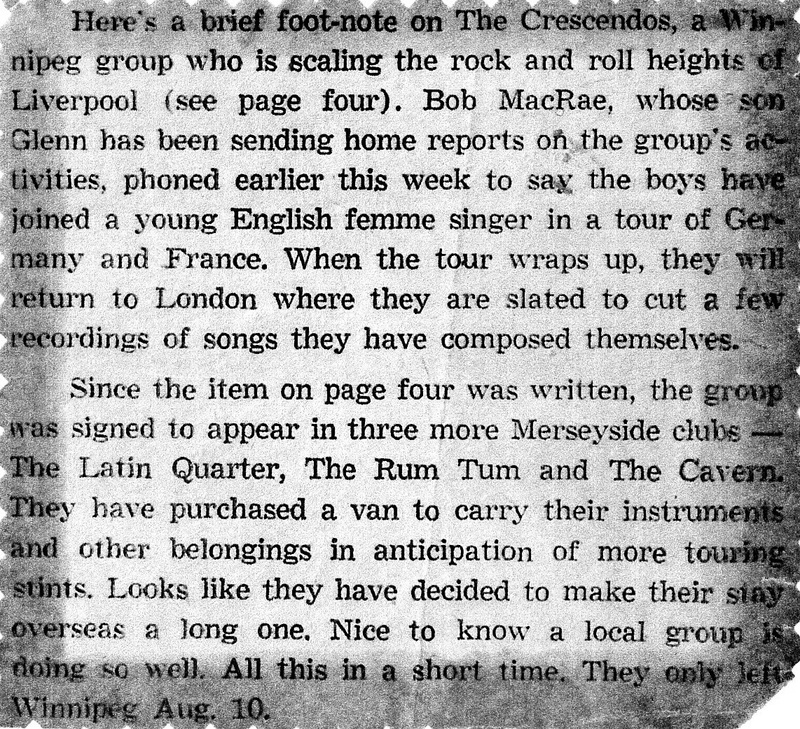 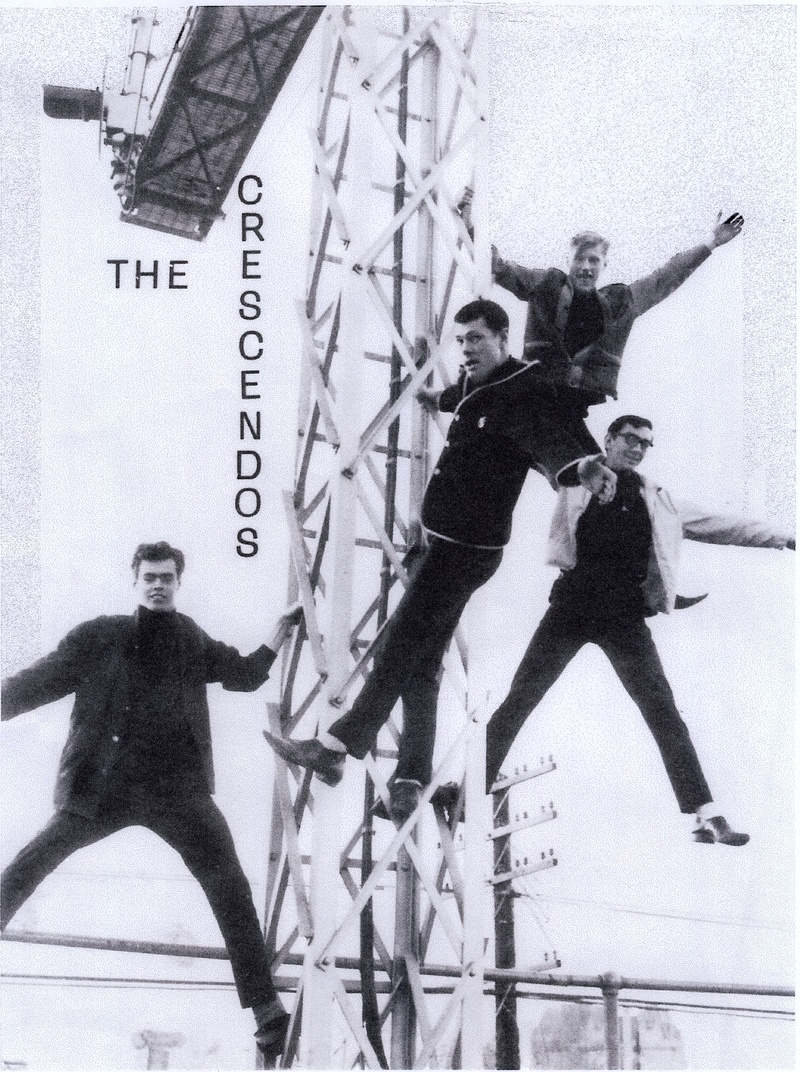 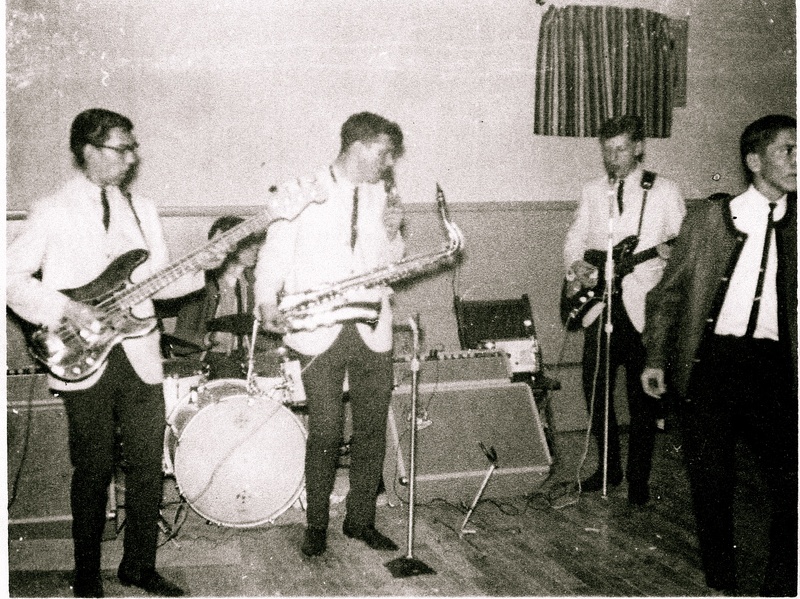 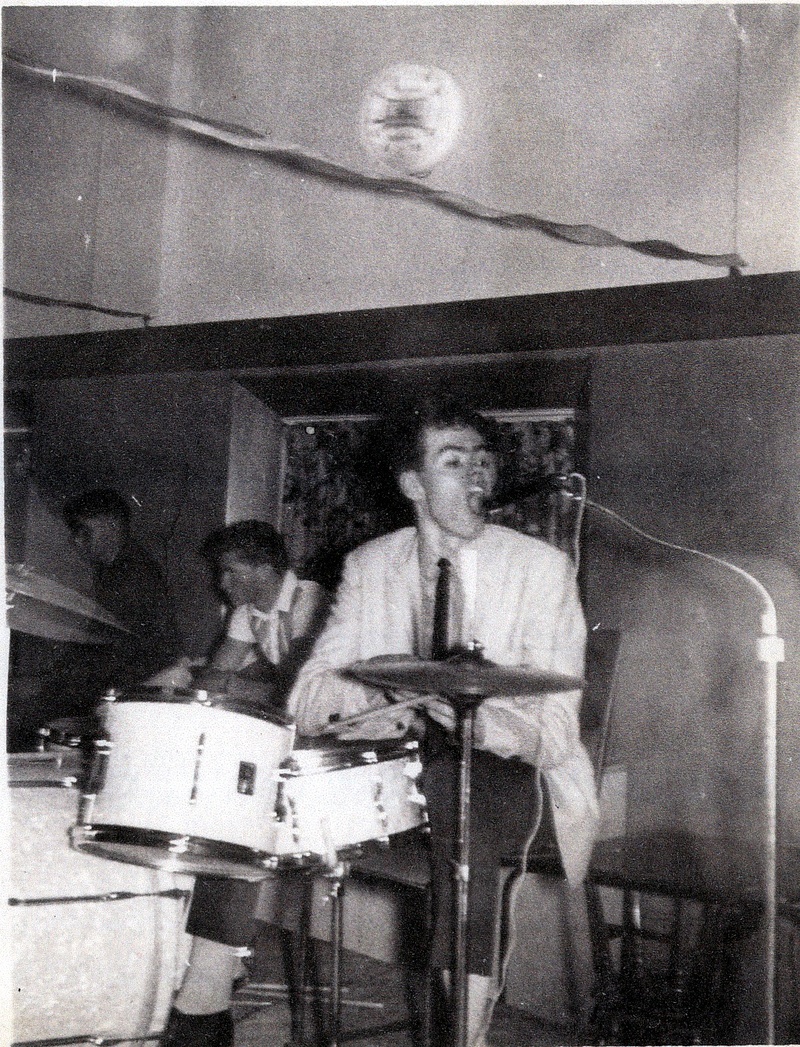 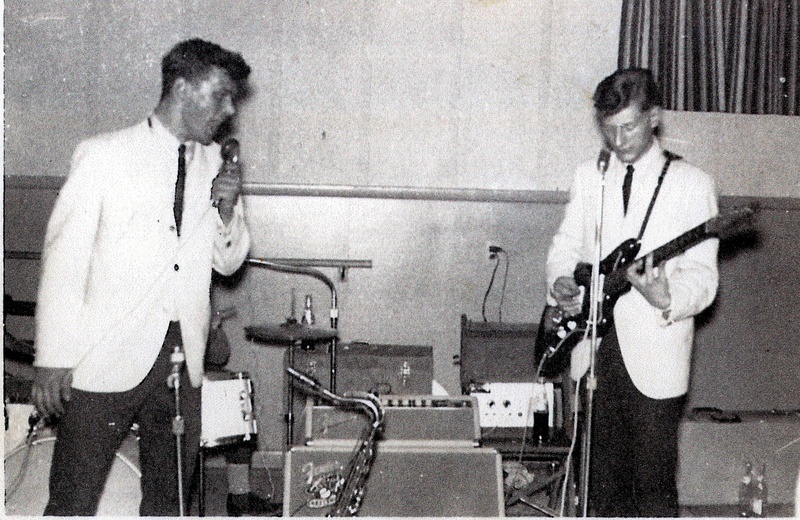 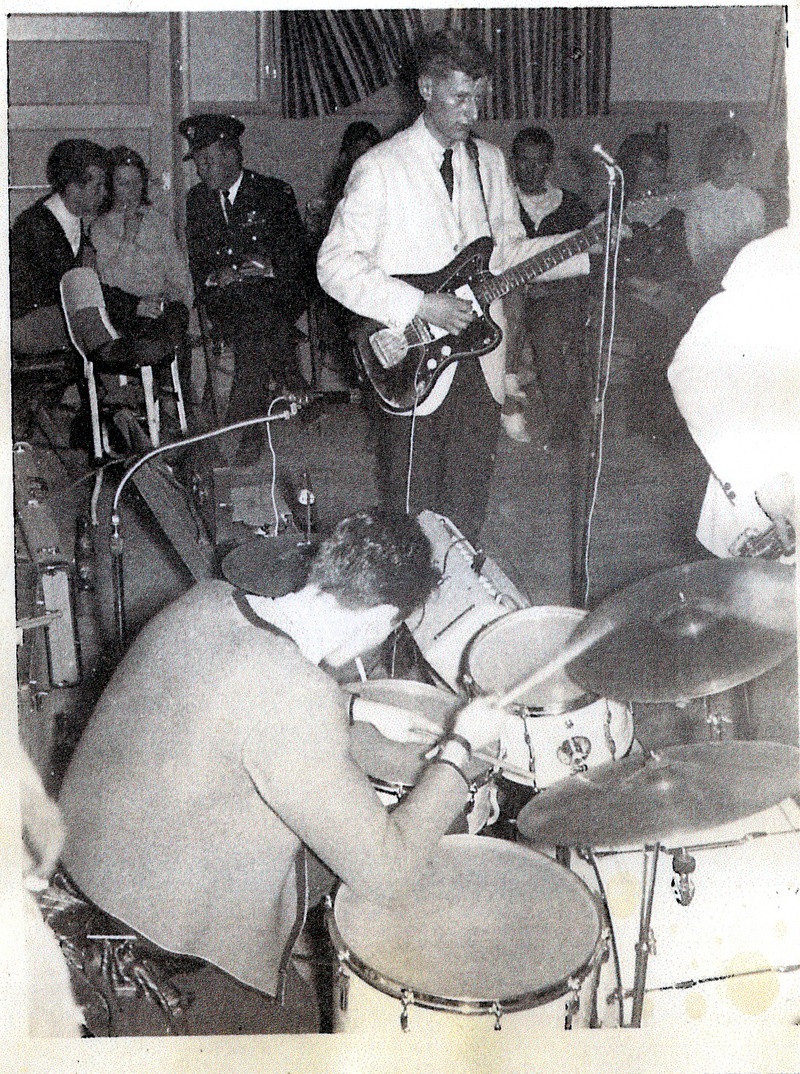 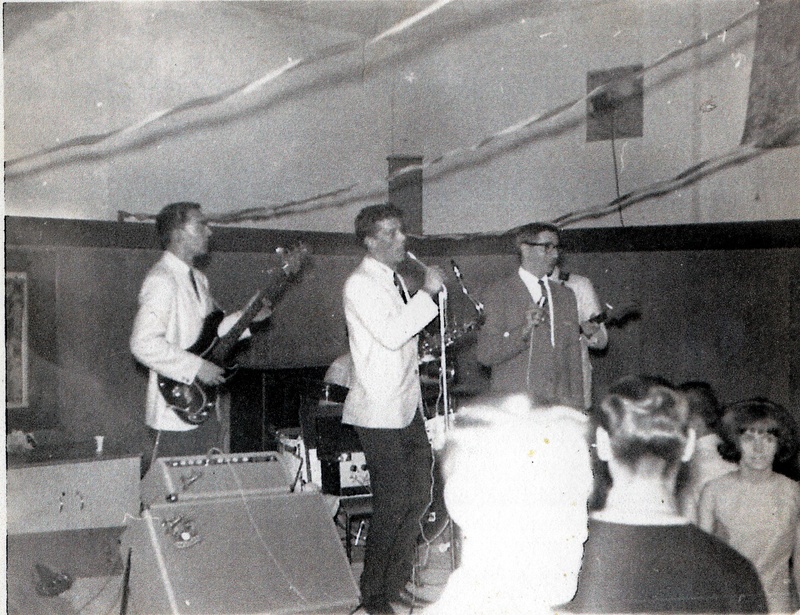 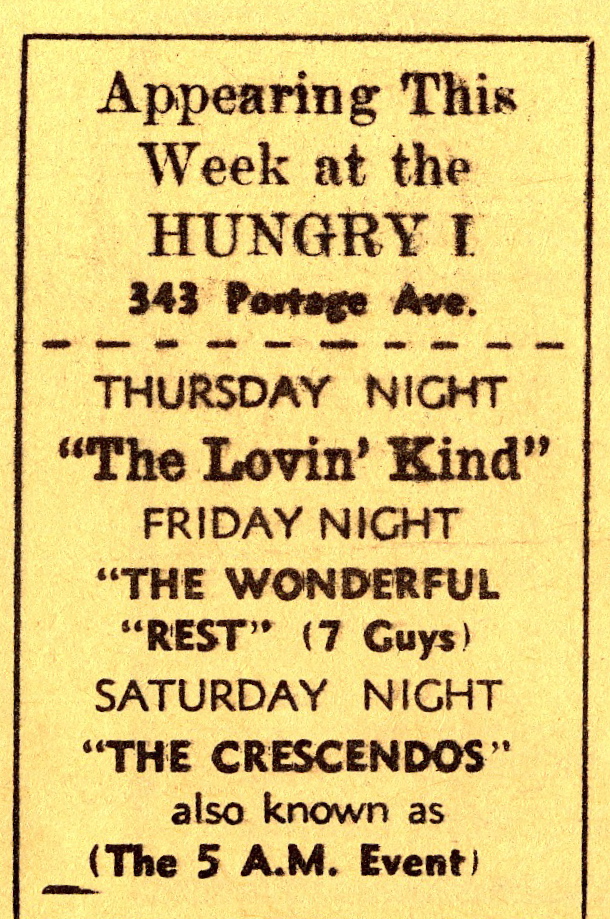 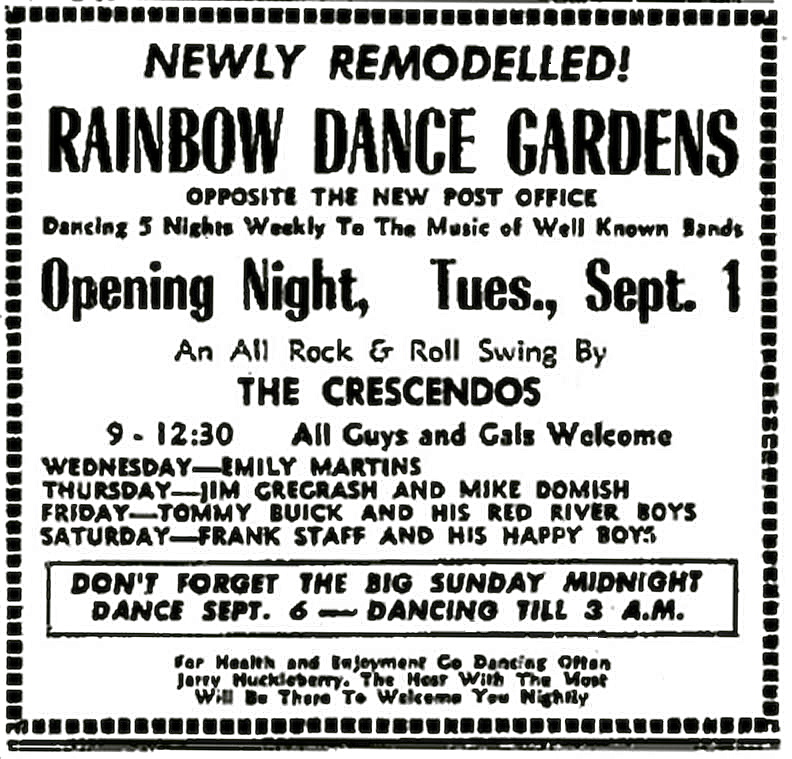 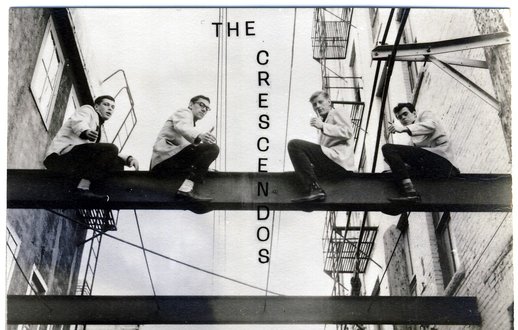 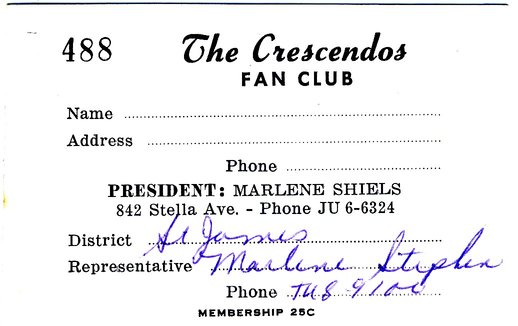 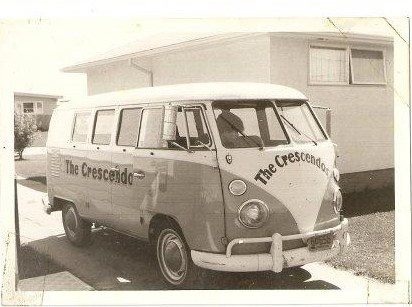 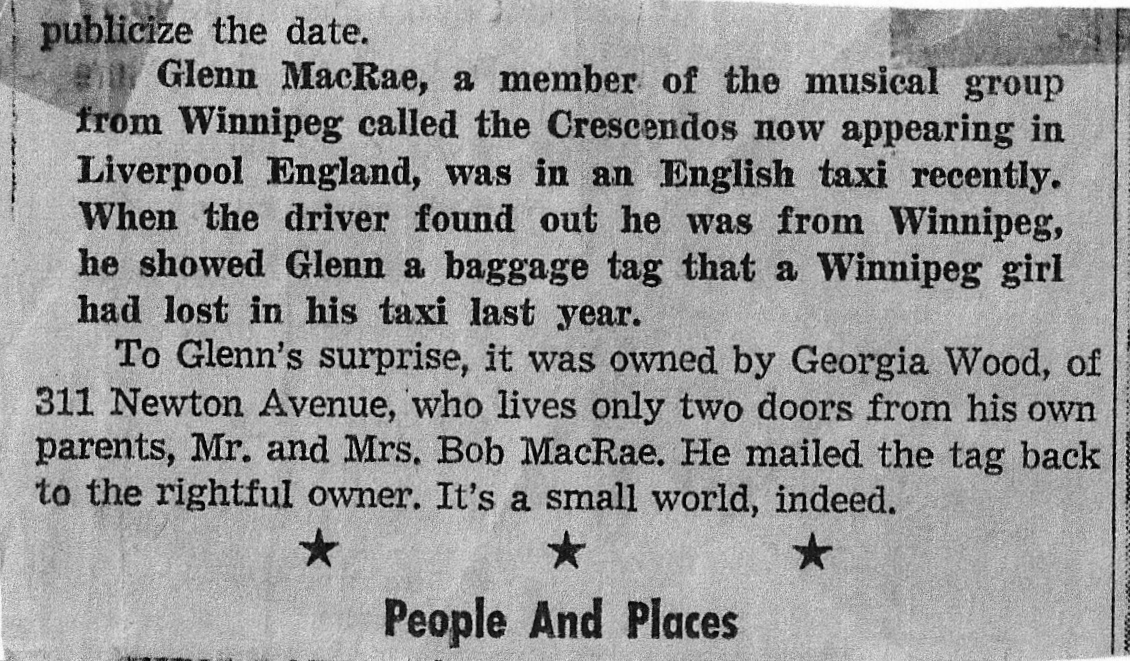 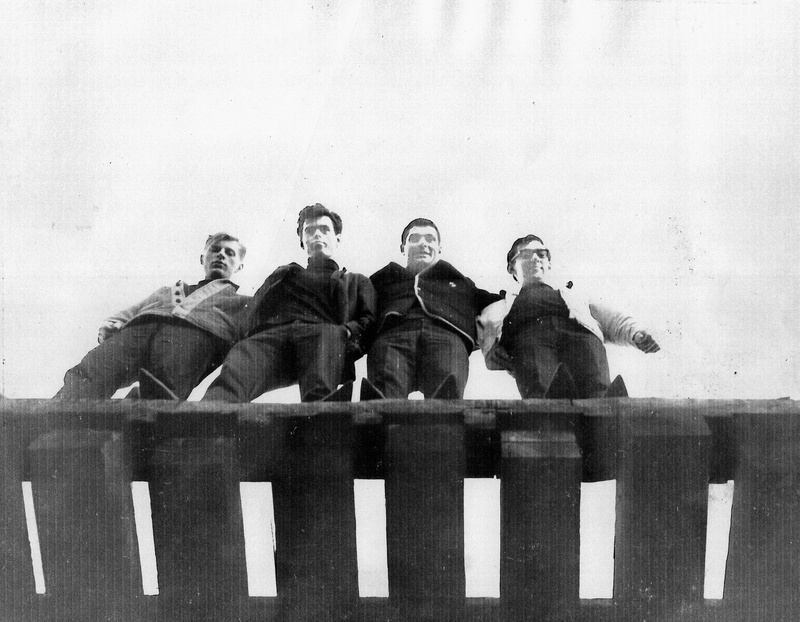 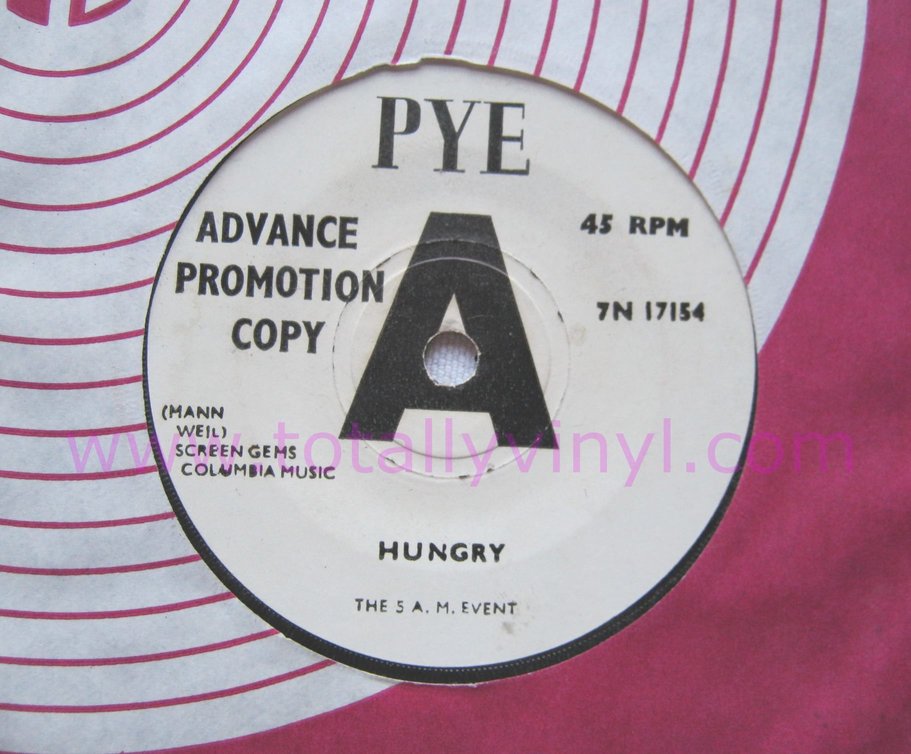