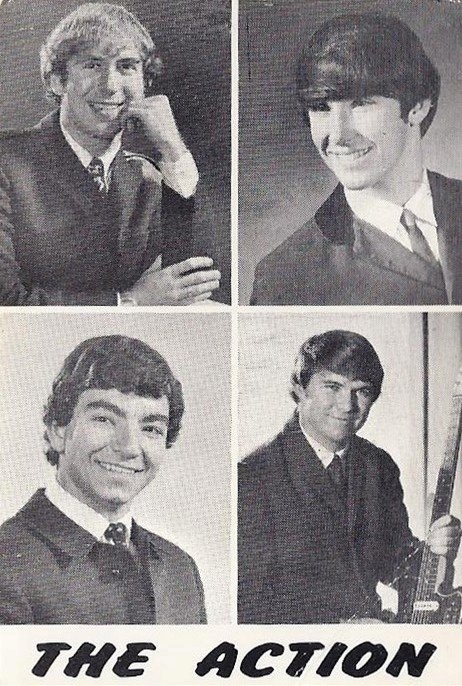 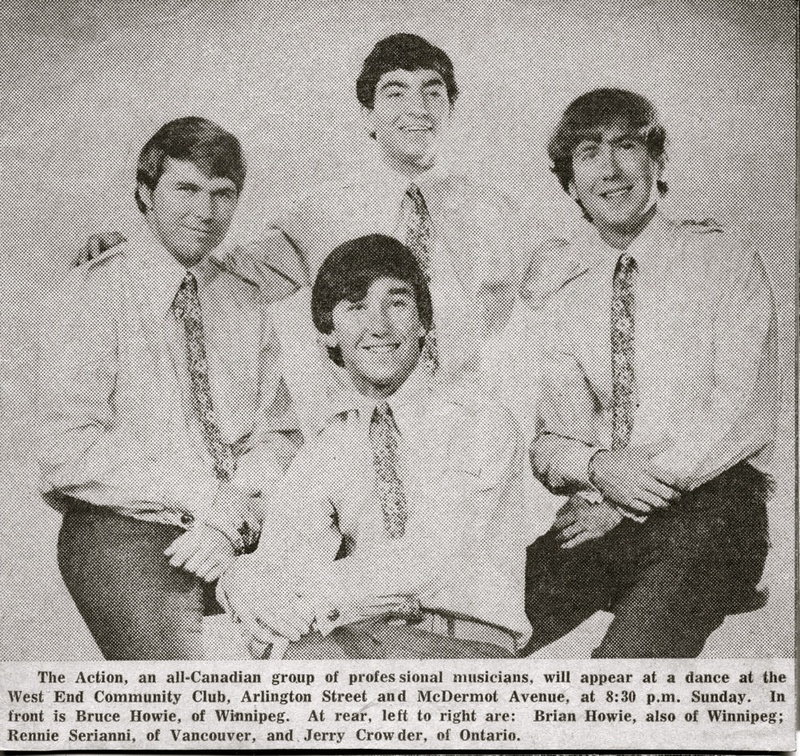 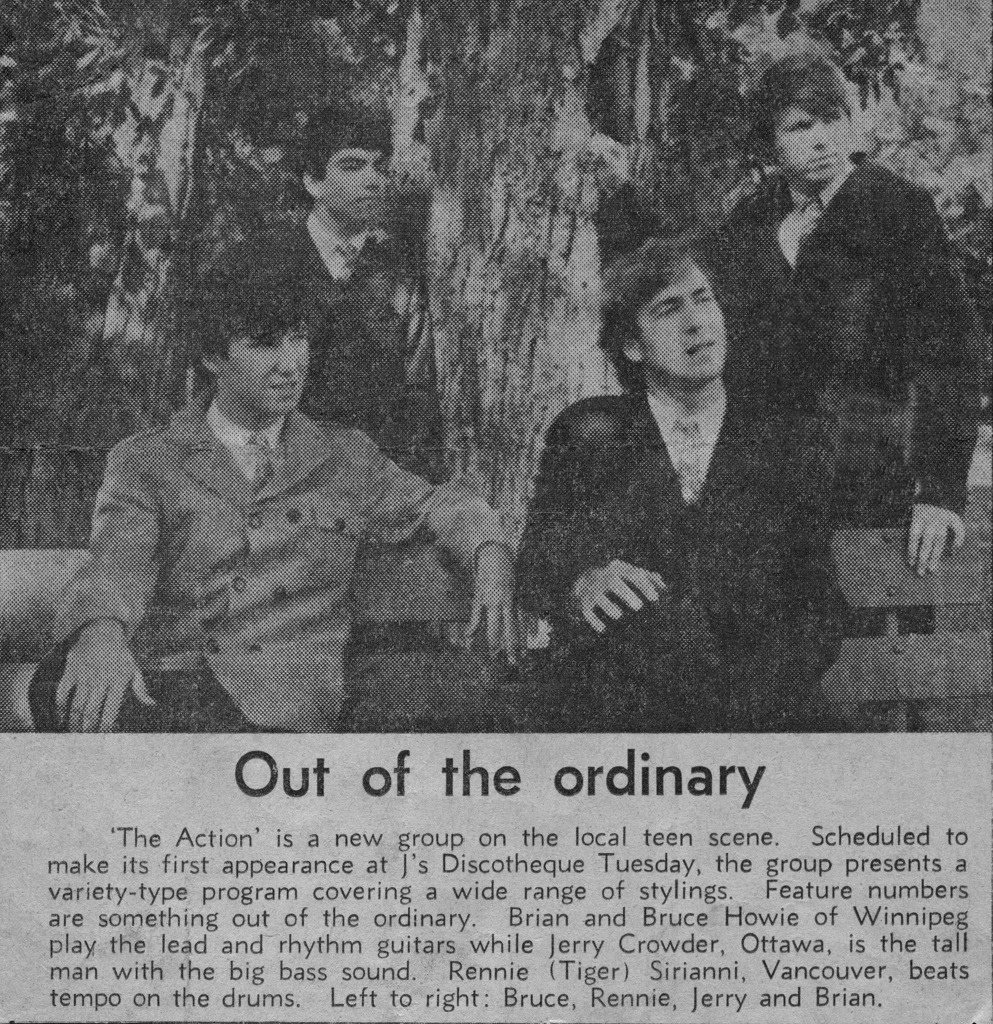 For two years Brian, Bruce and Rennie were The Saints, an instrumental group in Shilo, while they were in high school. Jerry lived in Ottawa and would join them for summer breaks. At the end of high school they decided to get serious, began adding vocals, and original songs to the mix. They recorded two singles in Minneapolis (no studios in Winnipeg at that time) then moved to Winnipeg as a new band The Action. Armed with two recorded singles in the bank, they contacted Frank Wiener to check them out. He came over to their house with Mike Hanford of the Shondels to listen. At the end of the evening, he said they wouldn’t go over in Winnipeg with the instrumental ratio in their mix, but liked their singles, and asked if he could have one for the Shondels…slow burn

With no representation, they decided to go on their own, and to war with Wiener! They released the singles to CKY and CKRC, got a ton of airplay over a 3 to 4 month period as a new band in Winnipeg??? who nobody ever saw. During that period they added vocals, fine tuned their show, and hit the ground running. This is the article that introduced them to Winnipeg.

Note: The Action were not popular with other musicians in Winnipeg, partly because no one knew them personally (they developed their music background elsewhere) and their war with Frank Wiener meant undercutting his prices. Frank was the Bruce Allen of Winnipeg at the time, it was their only avenue of battle.

Note 2: As a close friend of The Action, I developed an attitude about Frank Wiener, as many musicians of the time did. However, in my year with Blakewood Castle, I attended every Monday morning meeting with Lonnie in Frank’s office, and came away with a high regard for him as a professional in his role.