“Satan and the D-Men” began performing in their hometown of Kenora, Ontario in 1962 under the name, “The Tempests.” There was much competition but they were always in the lead and performing wherever they could in North Western Ontario.
Determined to get ahead in the music business, they appeared on Winnipeg’s Channel 7 talent show, “Hi Jinks” where they received very favourable reviews and also at The “Twilight Zone “ on St. Mary’s Road.
Following those performances, the band then changed their name to “Satan and the D-Men” and were hired to play community clubs and school dances in Winnipeg. They were approached by Fred Glazerman who offered to manage the band and moved them from Kenora to a house on Warsaw Avenue in Winnipeg.
On November 12, 1965, the band appeared with the Deverons, the Jury, the Shondels and Jack & Jill on the “Cavalcade Of Stars” at the old Osbourne Street Auditorium. This program was sponsored by Monarch Wear of Canada and included performances in Portage La Prairie and Brandon, Manitoba. The band then signed with Eagle Records and released a 45 of “She’ll Lie” and “Linda.” Brian Ouelette then left the group and the other members took over the vocal duties. Further recording was done at CKRC but the songs were not released on vinyl. These can be heard on the CD, "Buried Treasures" - Winnipeg Rock Gems 1958-1974.
After gaining tremendous popularity and playing many dances in the city including "J’s Discotheque" and Transcona’s "Pink Panther," Satan and the D-Men were assured by Glazerman that they would be the opening act for the “Rolling Stones” first Winnipeg appearance. However, a last minute change saw another group take that spot. They then added singer Lucille Emond, a regular on television's "Music Hop" and toured as back-up band for “Buddy Knox” in Winnipeg, Kenora, Thunder Bay, Ont., Portage La Prairie, Brandon and Birtle, Manitoba. After a couple of years in Winnipeg, “Satan and the D-Men” decided to separate and each member went their own way to further their education, to get married and to have a family.
Each continued in the music business with their own bands and projects and in 1982, re-formed to play for Kenora’s Centennial year. Since then, the group has played on a yearly basis and 2002 saw the release of their second CD.

L-R John Karwacki (drums), Russ Percy (keyboards), Brian Ouelette (vocals - lead singer on "She'll Lie." This was a 45 rpm that was recorded at Arbuthnott Studios in St. Boniface, Man. It has become a garage band classic and is featured on many LP's. and CD's. Brian was only with the band a short time), Wayne Cardinal (bass guitar), Terry Stiles (rhythm guitar), Wayne Faulconer (lead guitar). 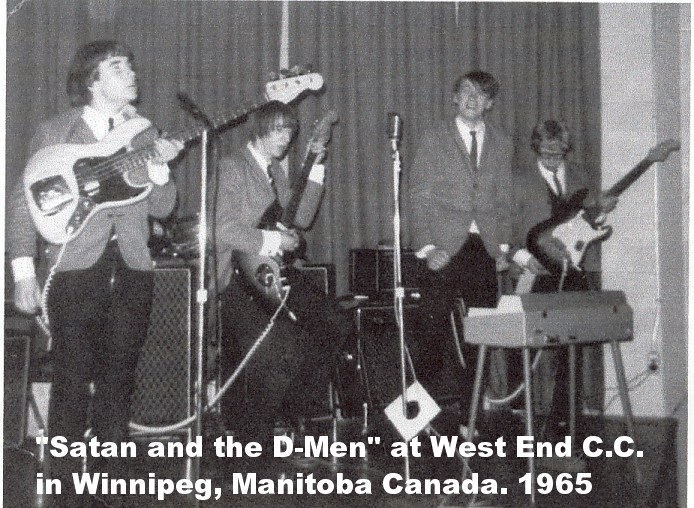 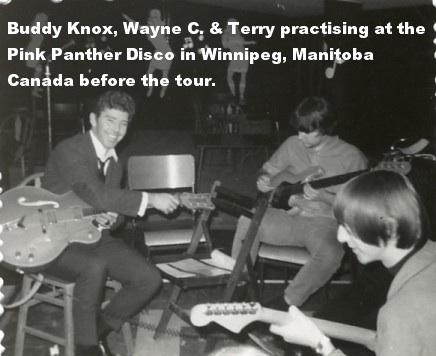 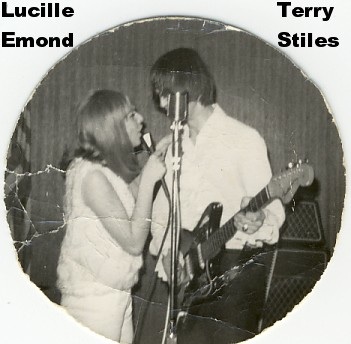 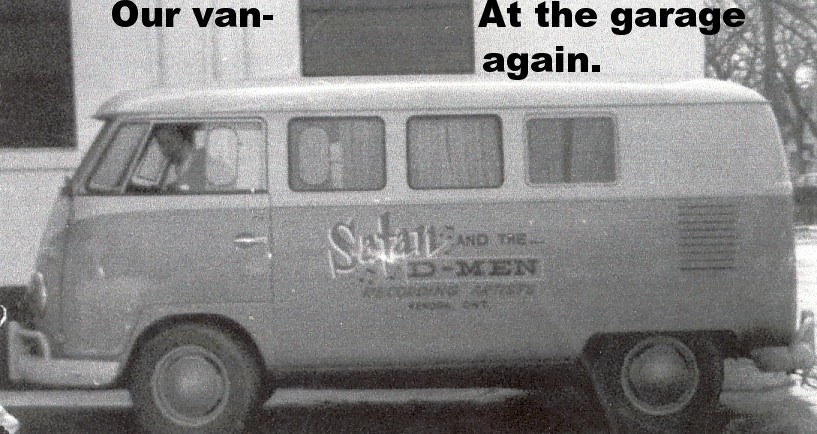 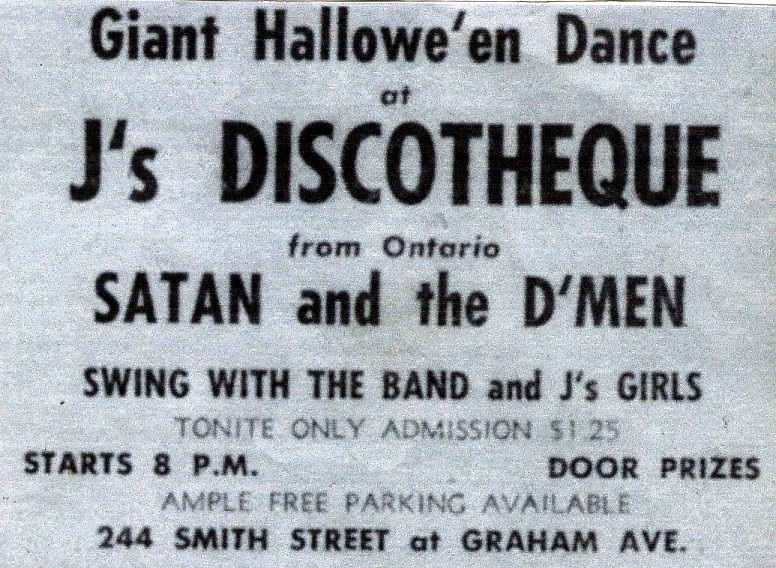 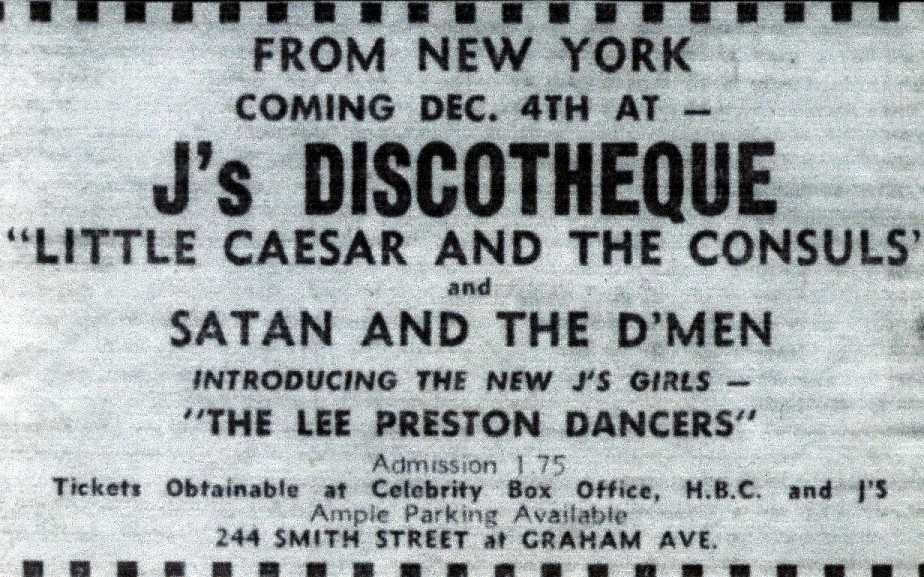 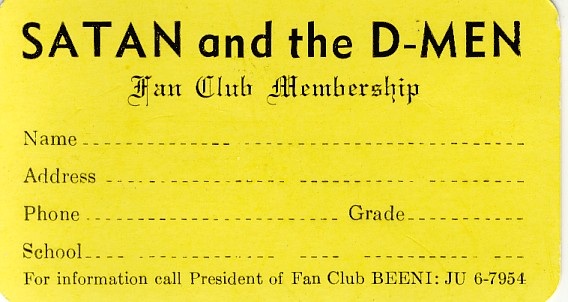 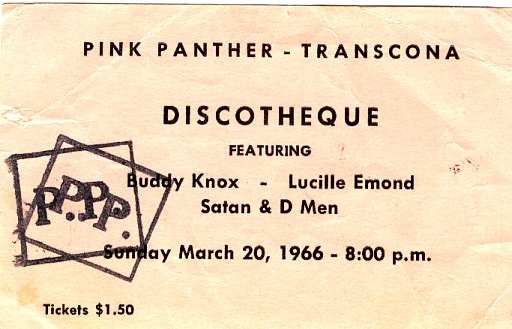 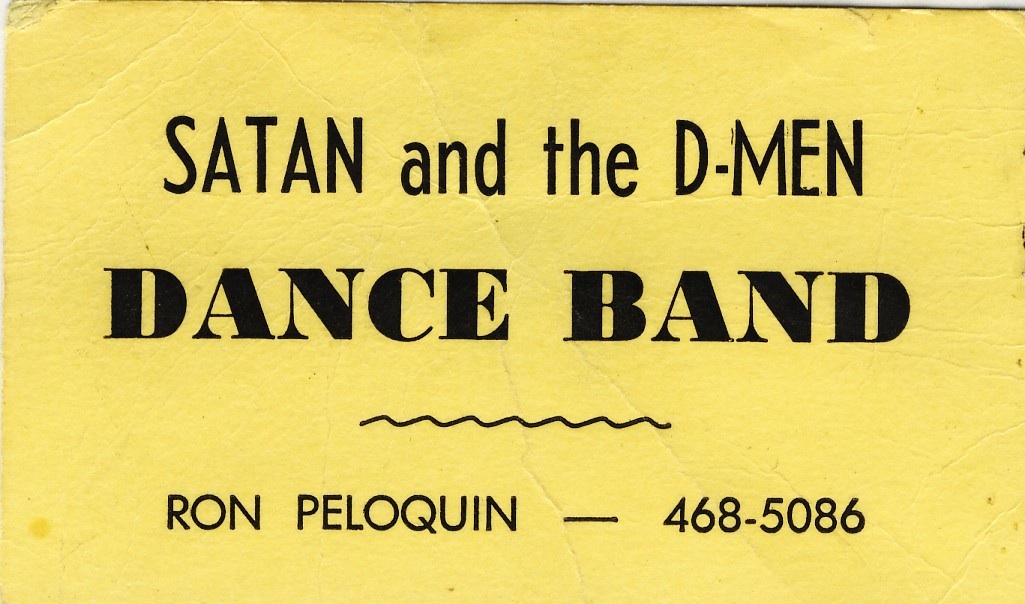 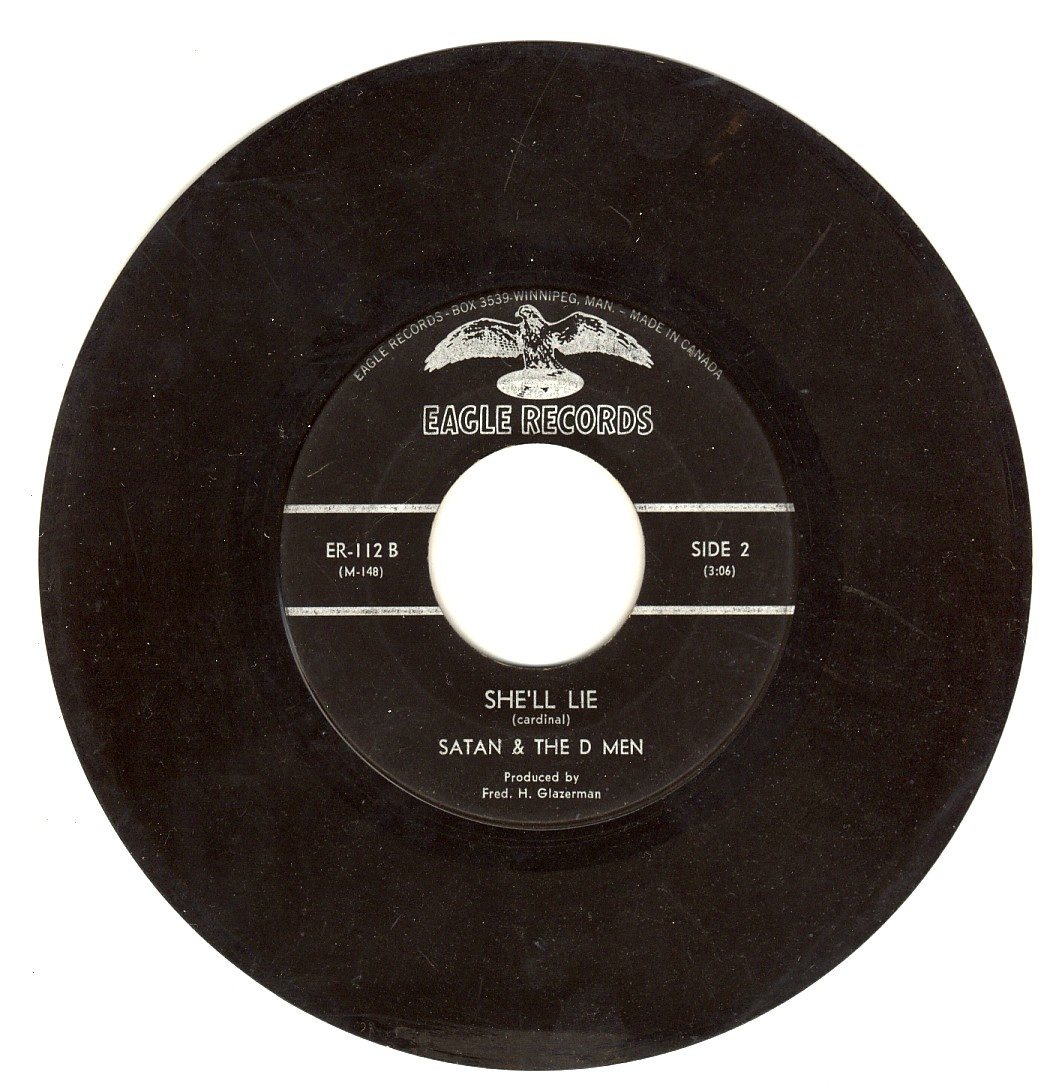