Rolf Linnebach (pianist) born in 1929, played in Germany for GI Club in the city of Karlsruhe as a band leader and solo pianist from 1948 to 51, (picture attached of the band in Germany).

He arrived in Winnipeg in 1953. (attached picture,1953, they often called my father Ralph in those days.), Rolf Linnebach and The Dominos with Lale Andersen at the German hall, Charles and Flora, Winnipeg, Mb.

He was hired to play piano for CJAY TV and as a band member for Johnny Bering's band (1956-57),( Rolf has a picture from Clear Lake with that band which I yet do not have), or as a duo with bassist Jim White at Ray and Jerry's between the time of Jose Poneira and Harry Ellsworth.

He taught piano at his home at 62 Canberra Rd. until approximately 1994. He lived there until this year, (September 2013).

Further info: The band at the Rancho Don Carlos summer of 1960 was Johnny Bering, leader & vibes, Rolf Linnebach-piano, Jim White-bass and Wayne Finucan-drums. August to September 1960 same as above only Owen Clark on drums and part way through August Bob "Spanky" Martin replaced Jim White on bass. The gig ended when the club closed 2nd week of September. 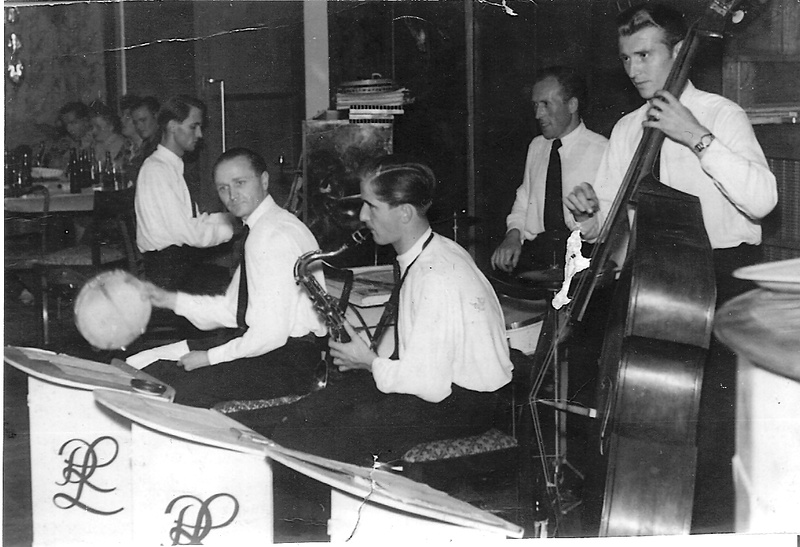 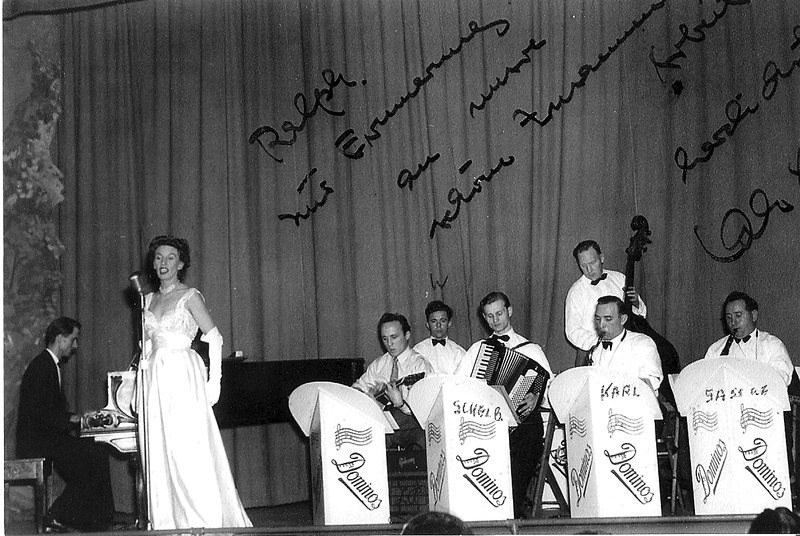 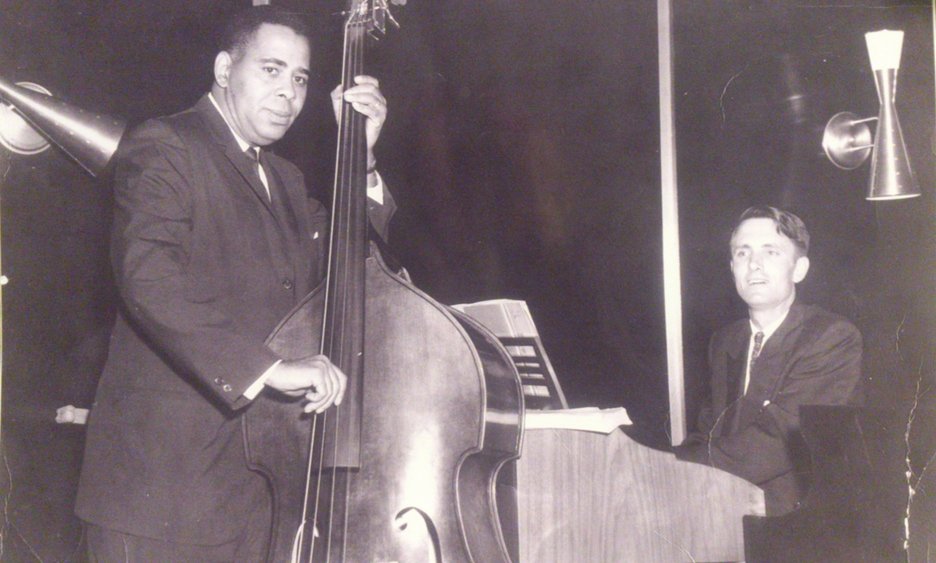 Jim White and Ray Linnebach at  Rae and Jerry's, (on Portage Ave.Winnipeg)