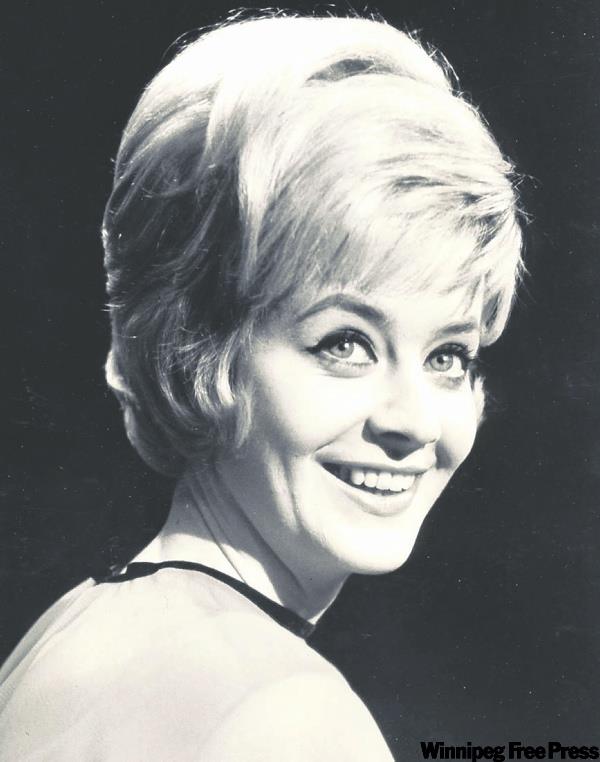 A pioneer of Canadian television who starred in two programs produced in Winnipeg has died.

Johnson, who had been singing with her sister Barbara as one half of the Neville Sisters, successfully auditioned for and joined the CBC television program Red River Jamboree in 1960. The show ran until 1965.

Because of her growing fame, CBC made her the star of her own musical variety show, the Peggy Neville Show, a 15-minute show which ran from 1966 to 1967. Guest stars on the show included Rich Little, Ray St. Germain, and Lenny Breau.

The show was also notable as being Canada's first show produced in colour.

St. Germain, who at the time was married to Johnson's sister, said "she was a really great entertainer.

"She was the kind of entertainer who as soon as you saw her you were awestruck by her beauty," he said.

"No one commented on her singing -- she was a really good singer -- they always talked about her beauty."

St. Germain said the Peggy Neville Show was quite a coup at the time for both Johnson and local television.

"It was a big deal -- to be a national show in Winnipeg and being sponsored by Kellogg's," he said.

"The female stars at that time were Juliette, Marg Osborne, and Peggy Neville. They were all household names back then."

Ken Neville, her brother, said he remembers being outside playing when his mother called for him to come inside to see his sister.

"I was thinking, I just saw her this morning, but then I went inside and she was on TV," he said.

"It was pretty fantastic in hindsight. I was younger than her, but I've watched her TV shows in recent years and she was very good.

"But she was so young. She was 18 or 19 when she started on Red River Jamboree and she was 23 when she had her own show. Then at 25 she was heading to Toronto to further her career."

Johnson's daughter, Anesie Johnson-Smith, said that after her mother's television career ended she went on to sing with a band which included Anesie's trumpet-playing father.

Gene Walz, who teaches film and film history at the University of Manitoba, said Johnson's fame occurred in a different era for Canadian television.

"It's a shame that with the centralization that has taken over, the ability of local talent to have a career and a following are gone."

Johnson is survived by her husband, Don, a daughter and a son.

A service for Johnson was held on Wednesday in Sauble Beach, Ont., with a private burial today.