It was once Winnipeg’s prime teen hangout, but big wheels don’t keep on turning forever

THIS Thursday, the Paddlewheel restaurant at the Bay’s flagship downtown store will close its doors for good. With it will go decades of memories and a piece of Winnipeg history.

Opened October 29, 1954 as The Paddle Wheel Buffet, the sixthfloor restaurant with its riverboat and prairie landscape motif (which hardly changed), complete with spinning paddlewheel and wishing well, quickly became a popular lunch spot for shoppers. Unescorted ladies could sit in the Crinoline Court surrounded by a picket fence while the glassed-in elevated riverboat was for several years a gentlemen-only club. The majority of patrons simply took a table in the main dining room.

For many of us, our initial Paddlewheel experience was likely dessert glasses filled with Jello (with a dollop of whipping cream) or vanilla ice cream on a shopping break with parents.

“When I was young, I loved to go with Mom to the Paddlewheel at the end of shopping or after going to a movie,” Lenore Clemens remembers. “It was a big treat to stop there before taking the bus home. I loved the magical paddlewheel and always wanted to make a wish in it.” Adds Kate Ferris: “It was my first experience with a cafeteria. I remember feeling very ‘grown up.’” By the mid ’60s, the place had taken on a funky chic as a hip Saturday afternoon teen hangout. Plates of French fries smothered in gravy alongside a glass of Coke supplanted the Jello, with Keds and corduroy trousers replaced by Beatle boots and skin-tight Tee Kay jeans. For rock ‘n’ roll-crazed Winnipeg teens, the rechristened Paddlewheel Restaurant was the place to be. Here bands and fans met.

“All the other bands were there,” recalled The Deverons’ Bruce Decker. “You could meet the DJs there, hang out with other musicians, or talk to fans. The conversations started with fans after a gig Friday night were finished the next day at the Paddlewheel.” Indeed, I can recall bands concluding a Friday night community club dance with “See you tomorrow at the Paddlewheel.” Crescendos’ singer Glenn MacRae remembers: “We would show up on a Saturday afternoon and pose. On one side of the dining room sat Crescendos fans and on the other side were Deverons fans and they’d sneer at each other.” The Fifth’s Richard Gwizdak adds: “We would get notes from girls there saying, ‘Why don’t you talk to me?’” Some guys even took to carrying drumsticks in their back pockets or empty guitar cases borrowed from real guitar players just to attract the girls.

But if the guys were eyeballing the girls, they, too, were checking out the action. As Patti Ireland recalls, “Me and my two best friends would stroll in, sit down and scout out who was there. There was always a who’s who of band guys. I once saw Burton Cummings sitting there but I was too shy to go over and say anything to him.” “I lived there every Saturday,” says Susan Guindon. “It was our social scene.” Roni Jones remembers her Saturday routine. “The girls would get ready to go downtown at my place – makeup, clothes – and finish off at the makeup counter at the Bay (perfume, makeup samples) then head to the Wheel and hang out until it closed.” From time to time, the Paddlewheel hosted live radio broadcasts and teen events (anyone remember Piccadilly A-Go Go?).

In August 1971, I played a back-to-school fashion show there with Fabulous George & the Zodiacs. But my ultimate Paddlewheel moment came on the afternoon of June 27, 1987 when the venue hosted the launch of my book Shakin’ All Over: The Winnipeg Sixties Rock Scene sponsored by the Variety Club of Manitoba. At a table near the Crinoline Court I sat elbow to elbow with Neil Young and Burton Cummings, two Paddlewheel habitués from days gone by, signing hundreds of copies of the book for a long lineup of fans that packed the restaurant. Several reunited ’60s era bands played, draw prizes were given out, and a media circus surrounded the two mega stars who reflected warmly on their embryonic music days in Winnipeg and at the Wheel.

Nostalgia, however, wasn’t enough to keep the place going, and in recent years the Paddlewheel fell on lean times. Local filmmaker Guy Maddin employed the iconic restaurant, complete with references to orange Jello, for a scene in his acclaimed film My Winnipeg. In 2011 the Bay announced the revamping of the Paddlewheel into an upscale eatery under the Oliver & Bonacini banner. The move was met with an unexpected backlash, prompting a national Maclean’s magazine story. In the end the company backed down, though it was merely a temporary reprieve.

A revived Paddlewheel would make a fitting location for a Manitoba Music Hall of Fame/Museum. But that’s a whole other story.

If you get the chance, drop by this week and bid the once great Paddlewheel adieu. 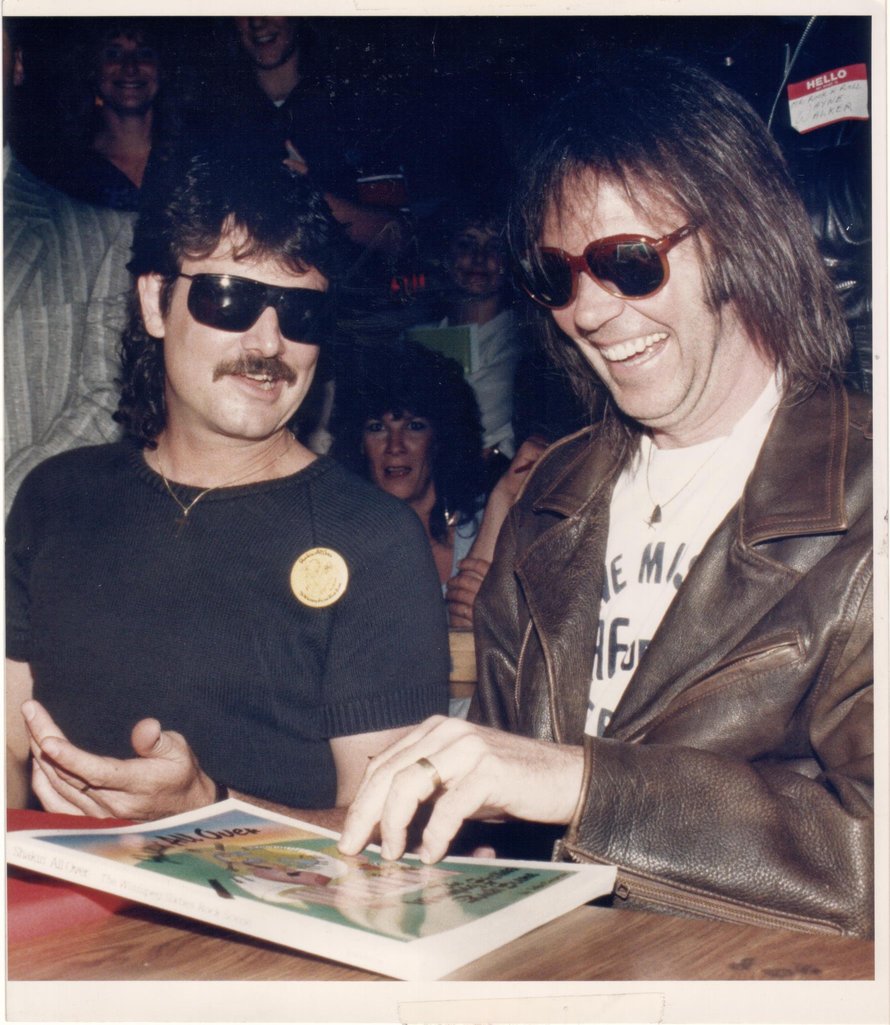