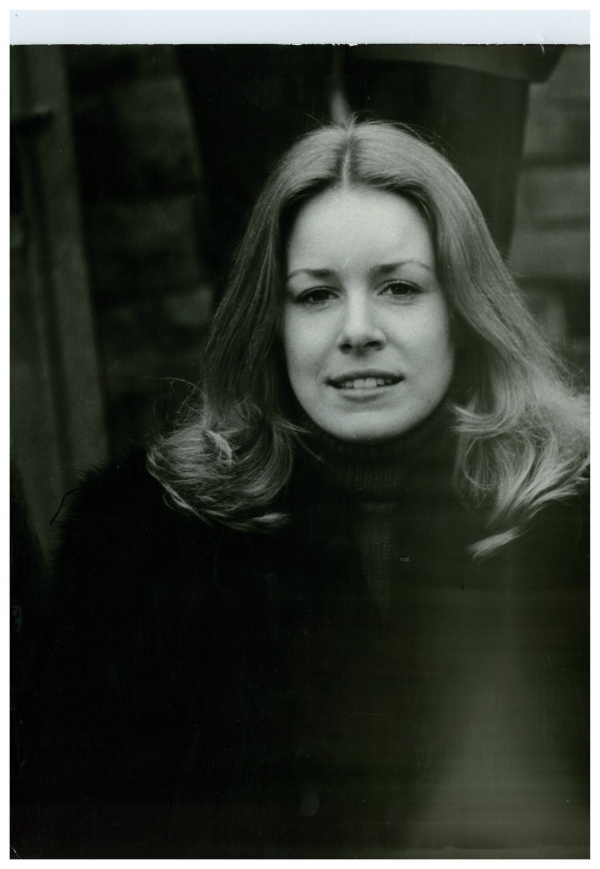 For singer Laurel Ward, a member of ‘70s hit making ensemble Dr. Music as well as with husband Terry Black, being a survivor is nothing new. “I went to Toronto all by myself when I was 17 not knowing anyone,” she states from her father’s home near Delta, Manitoba. “I went through the hippy phase and survived all that so young while trying to make it in the music business. So I definitely feel I’m a survivor.”
Born and raised in Delta, Laurel’s father Peter was director of the wetlands research station as well as a noted wildlife artist. While still in high school at Portage Collegiate Institute in the mid 60s, Laurel was spotted singing and invited to guest on Oscar Brand’s nationally-televised Let’s Sing Out. “I was so impressed with Oscar Brand because in the folk days he was one of the biggies.” In Toronto, she connected with Sid Dolgay of folk group The Travellers as well as record producer Bill Gilliland of Arc Records. Completing high school, Laurel promptly returned to Toronto in 1967 to launch her singing career.
While appearing in the Toronto production of Hair, Laurel met former teen idol Terry Black as well as band leader Doug Riley. At age 16, Terry had enjoyed a 1964 hit with “Unless You Care” and moved to Hollywood. By 1968 he was back in Canada. Bill Gilliland suggested Laurel and Terry work as a duo. The two married in 1973.
Prior to that, Gilliland took Laurel and Terry to London to record a song written by leading UK songwriters Cook and Greenaway (“You’ve Got Your Troubles”, “Long Cool Woman in a Black Dress”). “He met us in London a Rolls Royce and took us to the studio.” Recorded at George Martin’s Air Studios, “Going Down (On The Road To L.A.)” became a major Canadian hit in 1972. However by that time, Laurel and Terry had joined Doug Riley’s 16-member gospel-inspired group Dr. Music. “We didn’t even do our hit with Dr. Music which was really strange. We should have toured on our own. Doug told me later that he didn’t realize at the time how big a hit it was or we would have play it. That was the dumbest move we ever made.”
Nonetheless, Laurel enjoyed being in the group whose hits included “Sun Goes By” and “One More Mountain to Climb.” “Those were good times. People’s mouths would drop open when they heard that we could sound just like the records. We had beautiful harmonies.” Travelling with the group was also an experience. “They thought I was such a goody two shoes. I got protected from all the goings-on at the back of the bus.”
Laurel sang on numerous commercial jingles and toured with Anne Murray. “That was great travelling with Anne and being shepherded around in limousines. That was my taste of the big time.” Black & Ward released further singles but by the end of the 70s the music scene was changing so they relocated to Vancouver. In 1993 their marriage ended and Laurel and their two boys Scott and Alex moved to Calgary to start fresh. “It was pretty scary having to find a place to live on my own and apply for a job at a supermarket. But a lot of people do it.” Going from being a Canadian star to clerking at a supermarket was humbling. “I had to provide for my family. Family comes first. But I would still go off to do music.” She gigged, taught voice lessons, and in 2003 released a solo CD of her own songs. “I was moving into a soft jazz style.” Unfortunately distribution was slim. “The Toronto days were long gone.” The album also featured contributions from her sons.
In the fall of 2009 Laurel was diagnosed with Parkinson’s Disease and returned to her father’s home to focus on dealing with the debilitating illness. “The first thing to go was my voice so I knew I wasn’t going to be singing anymore. I can’t play guitar or piano either because you lose the dexterity in your fingers.” Despite her situation, Laurel remains optimistic. She is, after all, a survivor.
“I don’t really dwell on the negative. That’s not me to sit around feeling sorry for myself. My only regret is that Terry and I didn’t tour behind our hit single. Things might have turned out differently. Dr. Music was a great learning experience but with so many people you tended to get lost in the crowd.”
Recently in hospital for an operation, Laurel met an old high school friend. “I heard him afterwards going down the hall singing ‘Going down, down, down on the road to L.A.’. That was sweet.”
-John Einarson 2011