“Don’t give me no hand me down world.” On June 4 1970, Winnipeg guitarist and songwriter Kurt Winter joined the #1 band in the world, the Guess Who. One month later he was playing at the White House at the invitation of President Nixon’s daughter Trisha at a private reception for Prince Charles and Princess Anne. His song Hand Me Down World was already rocketing up the pop charts. Kurt would go on to play the biggest stadiums and concert halls across North America, Japan, New Zealand and Australia. Yet, despite his immense fame, Kurt Winter never lost the common touch. “You’d write a tune and in a month it would go damn near to number one worldwide. I haven’t got that much talent!” he marveled humbly on his instant elevation to the rock ‘n’ roll stratosphere.

Born on April 2, 1946 to Frank and Sally Winter, Kurt grew up in Winnipeg’s West End where he attended Daniel MacIntyre High School. At the age of twelve he was smitten with the guitar and soon found his lifelong calling. A gifted lead guitarist, Kurt served his apprenticeship in a number of local bands including The Flares, The Ramrods, The Cavaliers, The Syndicate, and Sons and Lovers before forming the Gettysbyrg Address with future Guess Who bass player Bill Wallace in late1966. Within a matter of months the Gettysbyrg Address became one of the top bands in the city and recorded three singles on the local Franklin label. But by 1968 Kurt was chafing at simple pop music and sought to emulate his heroes Frank Zappa and Jimi Hendrix. After a short stint with The Fifth, in early 1970 Kurt, Bill Wallace and Vance Masters formed what is regarded as Winnipeg’s first supergroup, Brother. Boasting all-original material Brother’s shows were stunning and quickly caught the eye of Guess Who singer Burton Cummings. “Brother were the best live band I ever saw in this city,” Cummings insists. On May 16, 1970 with their song million-selling American Woman single #1 worldwide, guitarist Randy Bachman abruptly quit the Guess Who and Kurt along, with guitarist Greg Leskiw, was invited to join the group. He accepted two weeks later and shouldered the unenviable task of stepping into an immensely popular group already at the top and managed to maintain that level of success over the next four years.

Coming onboard with a backlog of songs, the Guess Who recorded Kurt’s Brother compositions Hand Me Down World along with Bus Rider, Do You Miss Me Darlin’ and Rock & Roller Steam. He began a successful collaboration with Burton Cummings that yielded further hits with Hang On To Your Life, Broken, Rain Dance, Heartbroken Bopper, Runnin’ Back To Saskatoon, Follow Your Daughter Home, Guns Guns Guns, and Clap For The Wolfman. “Kurt and I became instant friends,” notes Cummings, “and we wrote together because it was fun. Kurt and I would party and write songs.” By the end of 1970 the Guess Who had earned over $5 million from record sales and concerts making them the most successful Canadian band up to that point. With his first flush of money, Kurt bought a modest home on Chevrier Boulevard in Fort Garry, pictured on the back cover of the Guess Who album So Long Bannatyne, where he resided until his death in 1997.

Despite the dozens of gold records, recording sessions in Hollywood, TV appearances on The Midnight Special and world tours, Kurt never embraced the rock star lifestyle, a fact that endeared him to his loyal legion of fans who even took to dressing like their hero in Garnet Amplifier sweatshirts and stripped slacks and calling out to him at concerts across North America. On his first Guess Who tour Kurt wore the same clothes night after night. “I didn’t have any other clothes,” he admitted. “I didn’t even own a suitcase.” Kurt always boasted that his biggest extravagance was the purchase of a vintage white Cadillac. In all others areas of life, Kurt retained his amiable down home no-frills charm. A self-styled ‘meat and potatoes guitarist’, his guitar solos were highly regarded by other players in the rock music field and Kurt was honoured with induction into the Playboy top guitarists poll for his searing slide guitar work on Star Baby. Among the Guess Who entourage, Kurt was famous for his card playing and would while away the long hours on plane trips or in hotels in marathon games of poker or blackjack.

Kurt was featured on a number of Guess Who albums including Share The Land, The Best of The Guess Who, So Long Bannatyne, Rockin’, Live At The Paramount, Artificial Paradise, #10, The Best of The Guess Who Vol. 2, and Road Food before exiting the band in June of 1974 as Clap For The Wolfman was climbing the charts. Citing exhaustion from the rigours of the road, Kurt spent several months either relaxing at home or golfing, but was lured back into the music world by friends Vance Masters and Duncan Wilson who, with Kurt and other local players, formed Bubbles then Papa Pluto featuring many of Kurt’s own songs. In 1977, former Guess Who members Jim Kale and Don McDougall resurrected the Guess Who name and invited Kurt to join them along with Vance Masters and Dave Inglis. Kurt remained for a year and a half contributing his songs and unique guitar style to two albums, Guess Who’s Back and All This For A Song. Facing the task of going out on the road, Kurt opted to step aside. “I just wanted to have fun and make a little money,” he insisted. “I didn’t want to take it too seriously so I just hung up my skates.” Royalties from his many Guess Who recordings provided Kurt and his wife Vikki with a modest income, enough to keep him, as he often said, in cigarettes and beer. Attempts by Burton Cummings to revive their successful songwriting partnership in the 1980s were rebuffed as Kurt continued to enjoy his retirement in the company of family and friends. He appeared onstage in June of 1987 at the Shakin’ All Over: Winnipeg Bands and Fans Reunion alongside Cummings, Bachman and ex-Winnipegger Neil Young and for the last time in February of 1994 reunited with the other Brother members for a brief yet well-received set.

Health problems plagued Kurt in later years, the result of decades of alcohol abuse. He was hospitalized in 1996 for a benign brain tumour but recovered enough to travel to Toronto in November of 1997 to accept an award from SOCAN (Society of Composers, Authors and Music Publishers) for over 100, 000 airplays of Clap For The Wolfman. Suffering from bleeding ulcers, he died a month later at the age of 51 from liver failure.

Kurt Winter’s legacy lives on in the timeless music he created. Guess Who recordings continue to sell worldwide and his brilliant guitar work and knack for crafting a hit song is still appreciated and emulated by young musicians everywhere. The reunited Guess Who pay tribute to their former band mate each night at their concerts. The bar at the Pembina Hotel in Fort Garry, a popular spot for Kurt in later years, dedicated a memorial to him after his death. His favourite Gibson guitar and sleeveless Garnet sweatshirt are enshrined on the wall. The Kurt Winter Memorial Fund was set up at Daniel MacIntyre to provide a bursary to a deserving student from Kurt’s former school to attend university.

Reflecting on his time at the top of the rock ‘n’ roll pantheon, the always self-effacing musician mused, “I wouldn’t trade it for anything. You were getting paid real good money and traveling around the world for doing something you actually liked to do. So I can’t complain.” 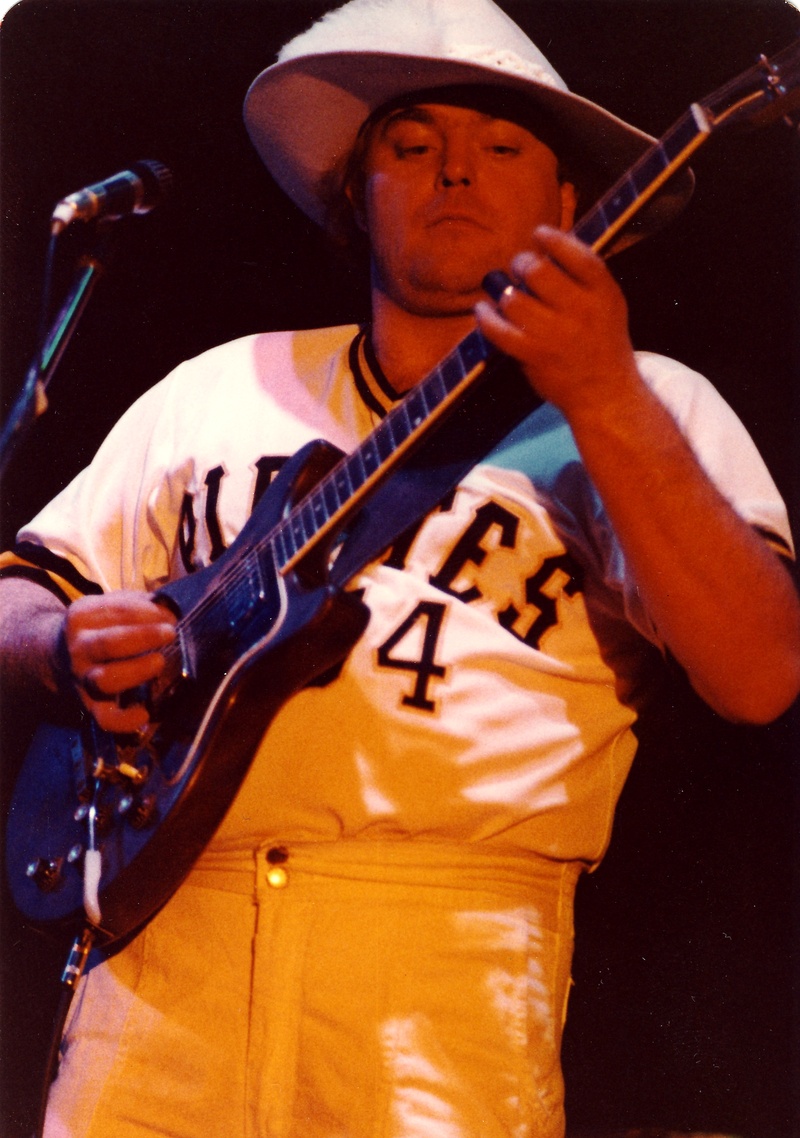 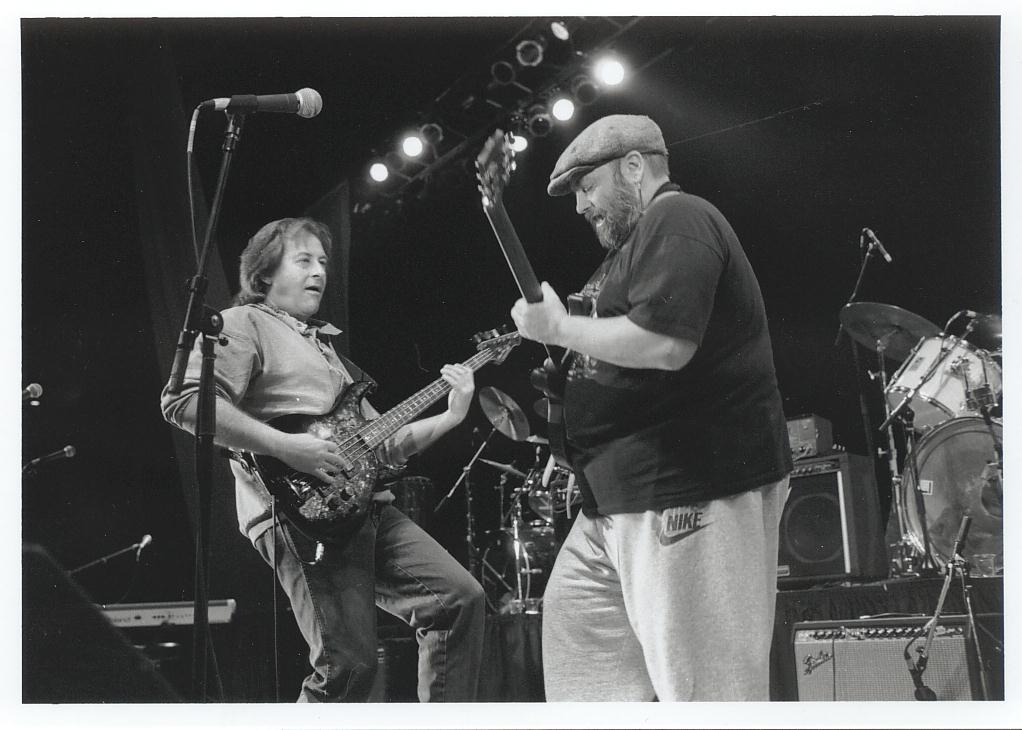 Special Thx to Bill Wallace for the pic! 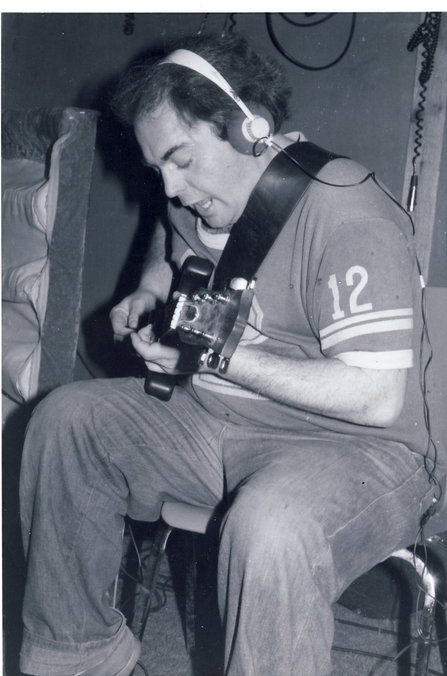 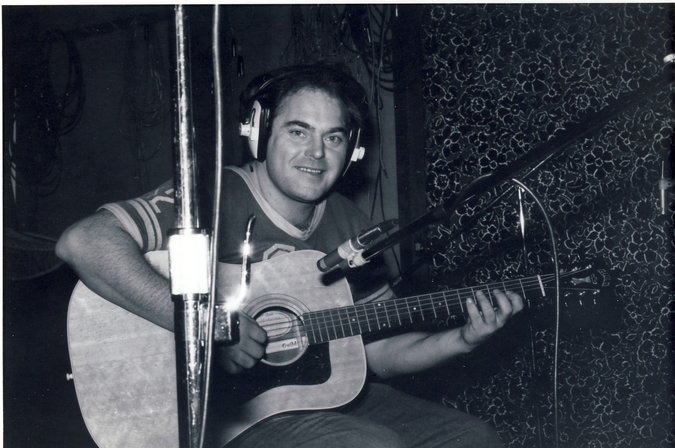