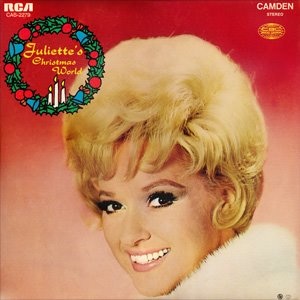 Above Picture from the Mia Furzeland collection 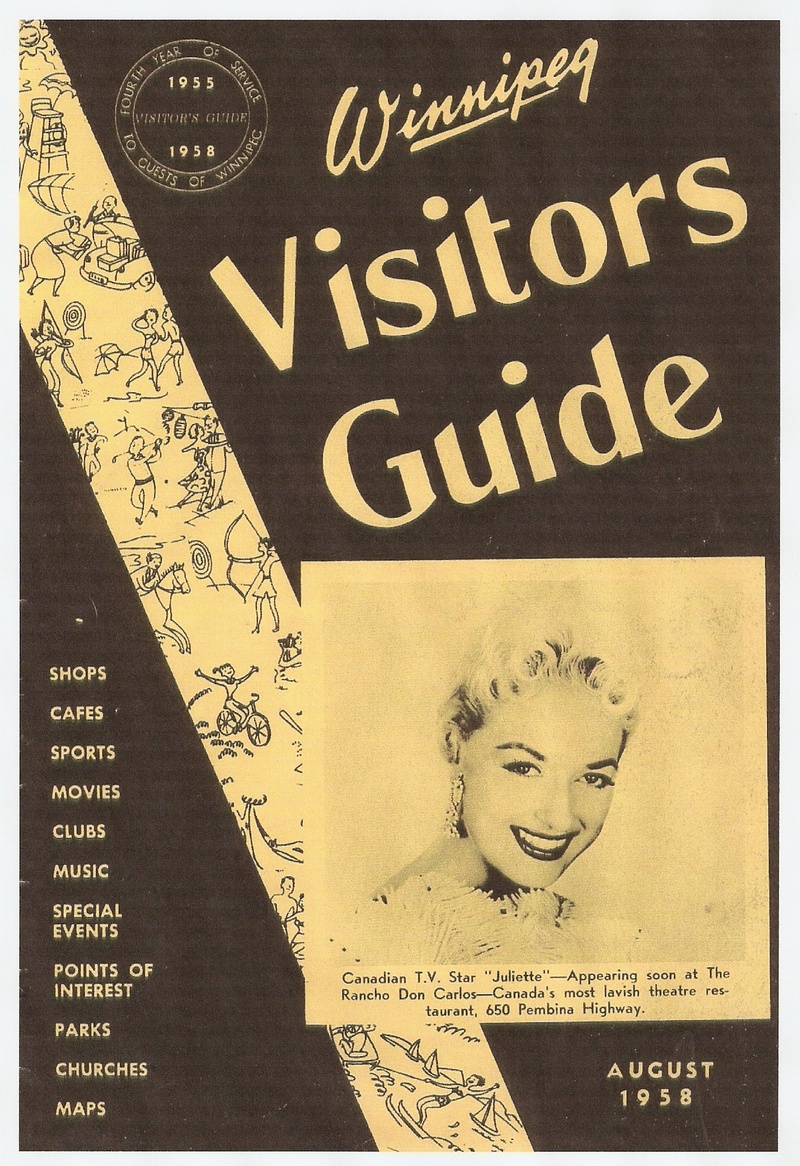 From the mid 1950s to mid 60s no Canadian celebrity shone brighter than “Our pet Juliette.” Indeed, the Winnipeg-born singer and CBC television star, known by her first name only, remains dear to Canadians. “It was kind of nice to be known by the one name,” she states, on the phone from her home in Vancouver. “I still get recognized today. Older people get tears in their eyes meeting me because of the memories for them.” Anne Murray once said of Juliette, “She was the epitome of a star.”

Born in St. Vital to immigrant parents in 1926, Juliette Augustina Sysak was raised to age 8 on Aberdeen Avenue in the North End. Her father was a cook on the CNR. “I remember the big ditches, the horse-drawn carts and the women running behind the horses collecting the manure for their gardens or for the fire.” Her singing career also got its start here. “I sang at the Ukrainian Hall and at amateur shows and won them. I was just a little girl then.” But her professional career took off once the family moved to Vancouver. At age 13 she was singing at the Hotel Vancouver. “I was making more money than my father. Those were very tough times then. At 14 I had a fur coat.”

In 1941 Juliette made the move to CBC radio. “I had a couple of offers to go to the States. One was with Harry James’s band. The piano player was from Vancouver. He told me not to take the job because Harry was an SOB to work for. So I took an offer to go to Toronto to appear on Holiday Ranch. It was good advice.” She never looked back. Married to manager Tony Cavazzi she became known as “Our pet Juliette” during her regular stint on Billy O’Connor’s CBC TV The Late Show. In 1956 she was given her own national television show, Juliette, which ran for 10 seasons as one of CBC’s most popular TV shows (only Hockey Night In Canada and the national news topped her in ratings) making her among Canada’s most recognized stars. “The CBC created a great show with beautiful sets, gorgeous costumes and music for about $10,000. The Dinah Shore Show in the US cost $100,000 an episode. We were working with nothing yet they were able to turn out a classy show week after week.” Among her favourite guests were Tony Bennett and Jack Jones.

It was the golden era of live television and because her show followed Hockey Night In Canada, she never knew until the game ended how much time she’d have. “We’d all be watching the game and if it ran longer we’d say, ‘Okay, we’re cutting the second number’. Because it was live, everyone – the band, backup singers and guests – all had to be ready in case we had to extend the show or cut it shorter. My Dad in Vancouver used to get so mad waiting for me to come on if the game ran longer. It really kept us on our toes. I loved it.”

She also toured Canada regularly and recalls a memorable Arctic jaunt alongside Winnipeg’s Guess Who and Ted Komar’s band. “We went as far north as Resolute Bay. I think that was the furthest north you could go. I couldn’t believe they actually had igloos. But we had a lot of fun.” In Sydney, Nova Scotia she outdrew the Queen. “In Winnipeg they said that nobody had filled that auditorium like I did. There was such a traffic jam I needed a police escort.”

She later hosted After Noon (1969-71) and Juliette and Friends (1973-75) for CBC TV. “The last time I performed in Winnipeg was for a variety show and I had a wonderful time. They asked me if there was anything I wanted to see and I told them I wanted to see my old house in the North End. It was still there and pretty much the same, as if time stood still. I had a good cry.”

Juliette recently celebrated her 85th birthday. “I had a great party, got a little drunk and had a hangover the next day and I love it,” she laughs. “My whole family is gone now.” She has a younger cousin, Roma Komyk, in Winnipeg. “None of my family made it to 80. I often think to myself, ‘Why me?’ But I took care of myself in my younger years, didn’t booze, didn’t smoke and didn’t carouse. God, I was boring.”

With CBC’s 75th anniversary this year, Juliette is part of the celebratory festivities. “I’m going to be on the CBC’s website. What a hoot, me at age 85 on a website!”