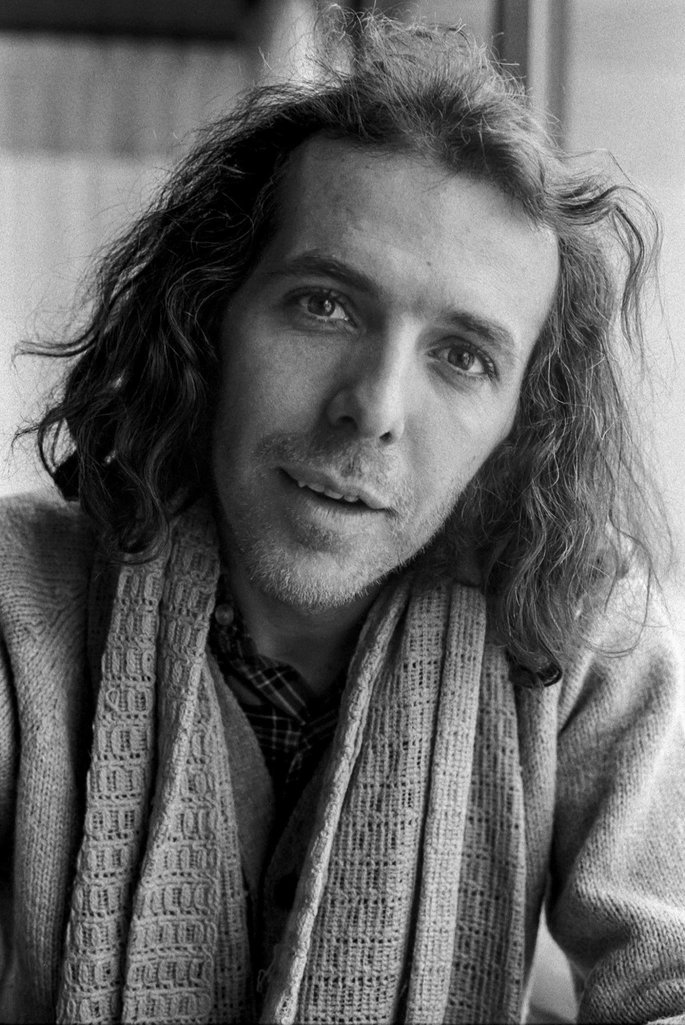 Any mention of the thriving coffeehouses in Winnipeg during the '60s and '70s always elicits one name: Jim Donahue. He was the kingpin on the local folk music scene.

"Jim set the standard for every other folk performer in town," notes younger brother, musician Dan Donahue. "He was bloody good. He sang well, played well and engaged people in a way that others didn't. He had integrity and a personality as an artist. He blew everyone away."

"Jim was a two-sided folk singer," reflects contemporary Bobby Stahr, "as he had a wealth of traditional music stored up in him as well as being one of the finest poet/singer/songwriters I ever heard. What made him such a major influence was his conviction when performing. You could feel the Civil War in the air when he played The Spoon River Anthology or the Highlands when he crooned Wild Mountain Thyme. He made movies in your mind."

As Loreena McKennitt states, "Jim was one of a handful of musicians in Winnipeg whom I admired greatly. A salt-of-the-earth and thoughtful musician and lyricist, I recall quite fondly enjoying his music in various coffeehouses or at the Winnipeg Folk Festival and benefited from his curiosity and his intellect in our various conversations."

Born in Ottawa, Jim moved to Winnipeg at age two when his father took a position teaching architecture at the University of Manitoba. The Donahue children (Jim and Dan have a younger sister) grew up in a culturally stimulating household.

"Music was always played at home although neither parent played themselves," notes Dan. "It was primarily the black music of the time and the great operas which made for an interesting exposure to things. That Jim became so closely identified with the movements of the '60s was no big surprise as both our parents encouraged us to think outside the box and were rather inclined to challenge conventional thinking."

Already adept on guitar and banjo, Jim came of age with the folk boom that exploded in 1958 with The Kingston Trio hit Tom Dooley.

"There was a real sea change with that and I was at the right time for all that because I could sing and play guitar. It just seemed very natural to me," Jim explains.

Graduating from St. Paul's High School, Jim opted for a more eclectic life over academia. "I would occasionally pop in and take a term of courses that interested me," he recalls. "But I never felt comfortable in that environment. I did hang around the English Department and really connected with an Irish man named John Moriarty at University College. He was a very powerful influence on many." Indeed, Jim would later urge budding Celtic performer Loreena McKennitt to seek out Moriarty in Ireland.

Coffeehouses like the Wyse Eye, Wing'd Ox, Latin Quarter and Ting offered diverse fare -- everything from folk and bluegrass to jazz, blues and poetry. "There were all these church basement coffeehouses around town," says Jim. "There was no money in it but it was fun." Nonetheless he managed to sustain a career. "I always got by. I had the naive belief that if you did something well and consistently you would reap the rewards, although there weren't a lot of rewards."

He was also a regular at the 4D coffeehouse out by the University of Manitoba. "It was quite a sophisticated place. There were a lot of artists who came in from New York to play there. I met Don (American Pie) McLean there and Len Chandler. Len was almost like a missionary of folk music at the time. He was a big influence on many, including me. I used to see Neil Young singing at the 4D. He was so focused back then. He knew where he was going." For a time Jim played the folk clubs of Greenwich Village as well as Toronto's Yorkville before returning to Winnipeg. Stahr remembers, "Upon his return from a trip out east, Jim played a set at the Latin Quarter on a Sunday evening and sang Suzanne by Leonard Cohen and the applause afterwards was deafening." Indeed, Cohen was an early mentor. "I loved poetry tremendously," notes Jim. "Leonard played a concert at the university and was singing his own poetry and blew me away. Afterwards I played him some of my songs and he was very kind and encouraging to me."

A true renaissance man, Jim's interests embraced poetry and literature, history, photography, architecture and astrology. In the latter '60s, he and two friends opened the Poseidon Book Store on Osborne Street near Confusion Corner. He also composed original music for the Contemporary Dancers and several CBC music and children's productions. He played the inaugural Winnipeg Folk Festival and has appeared four more times, opened concerts for the likes of Leon Redbone, John Mayall's Bluesbreakers, and Procol Harum, played a youth rally for Prince Charles and Princess Anne, and appeared regularly at Main Street club The Blue Note Caf© in the 1980s before arthritis sidelined him.

"I kind of faded from the scene, not with any regret or anything." In 2005 his photos were published in Retropeg: Archival Photography of Winnipeg in the '70s.

Although he never recorded an album ("I was never really interested in permanently etching my name in stone on an album. I was always shy about my songs"), his composition Two Diamonds still resonates for many.

Reminded of his stature on the local music scene, Jim demurs, "It almost seems like another life. I can't relate to it because it was only one facet of who I was. It was a youthful time and music was a big part of it, but it's not how I define myself. I certainly don't feel like any kind of celebrity. There was so much going on and it wasn't just the music. Everything seemed interesting. We were so fortunate to be around at that time."