Dianne Heatherington. Beginning with the Electric Banana before forming the legendary Merry-Go-Round, Hetherington was Winnipeg’s own Janis Joplin with a vocal range that Joplin could only dream of. Much loved by everyone who passed through her groups, as undisputed Queen of the Pubs she was a popular fixture on the club circuit when the drinking age lowered to eighteen and later hosted her own weekly national television series. Her passing a few years ago left a hole in our souls.

ALL THE PHOTOS ON THIS PAGE WERE TAKEN BY PHIL MORRIS,A CLOSE PERSONAL FRIEND OF DIANNES, 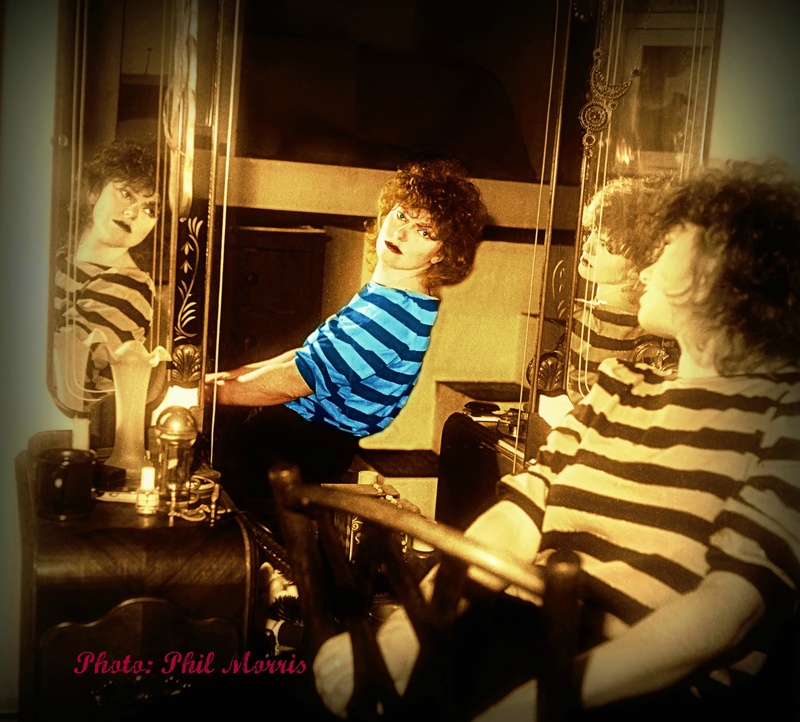 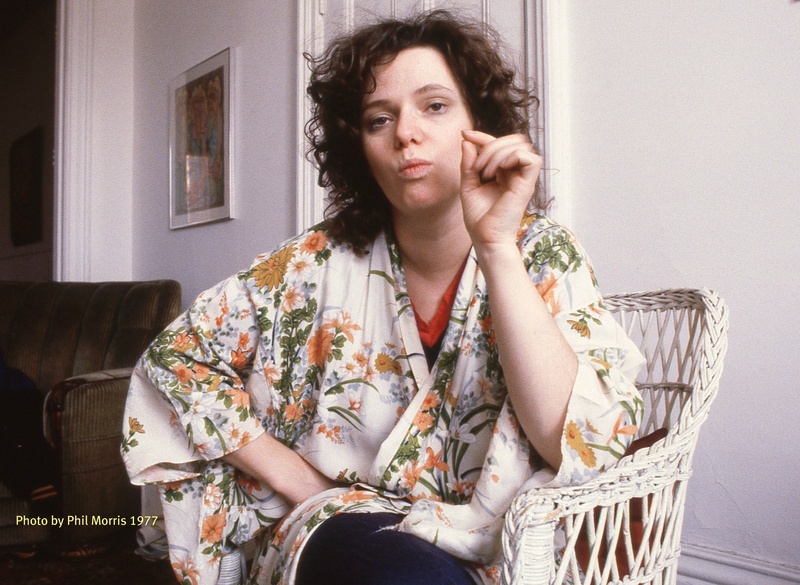 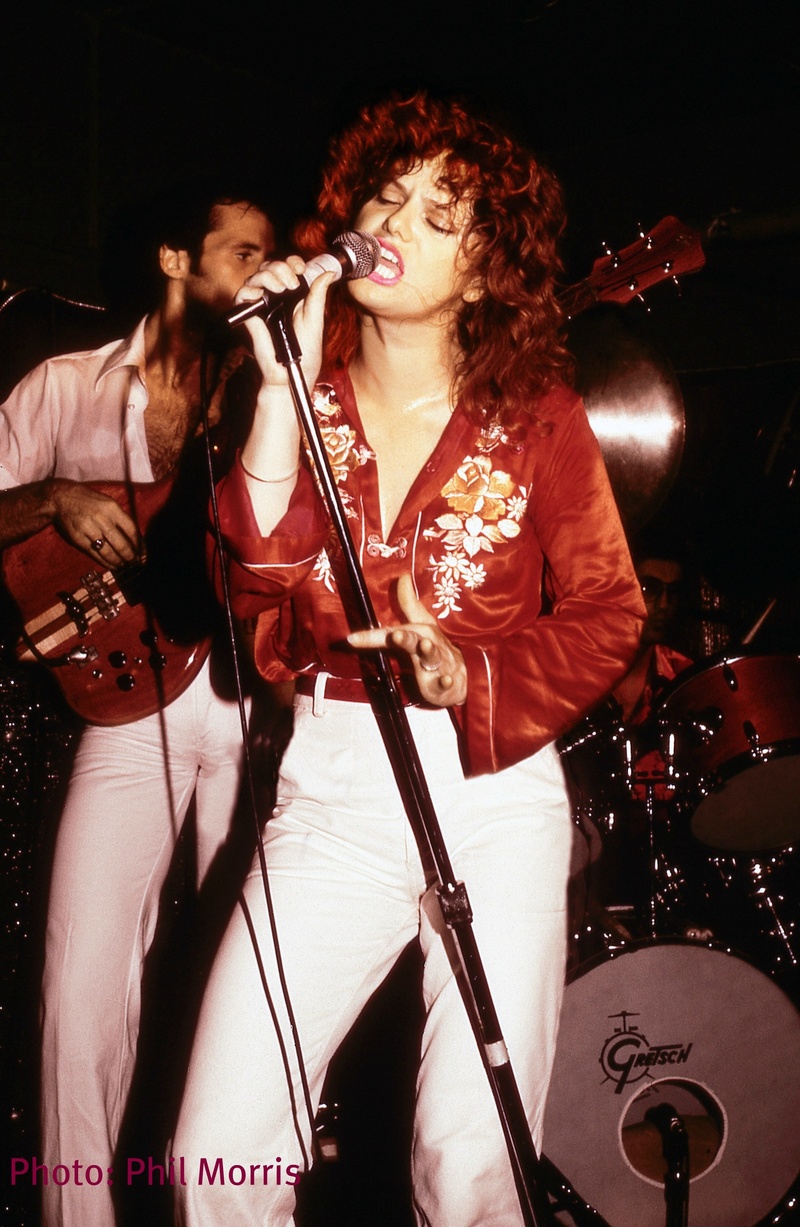 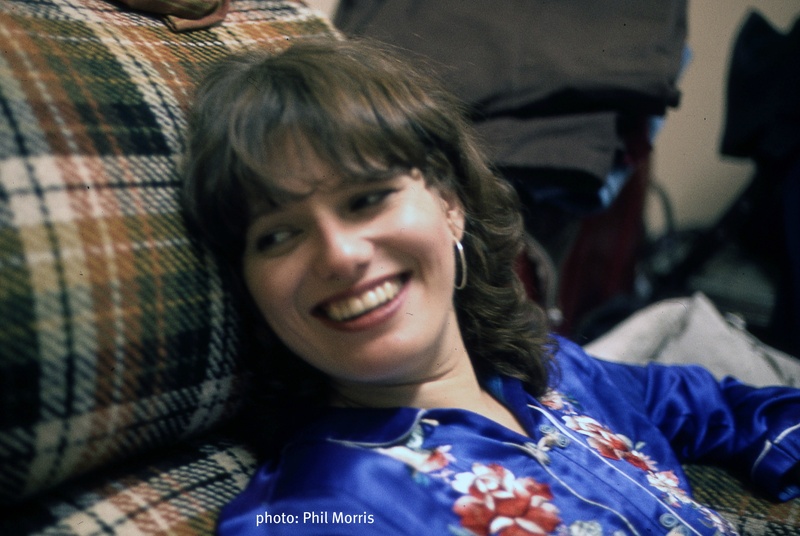 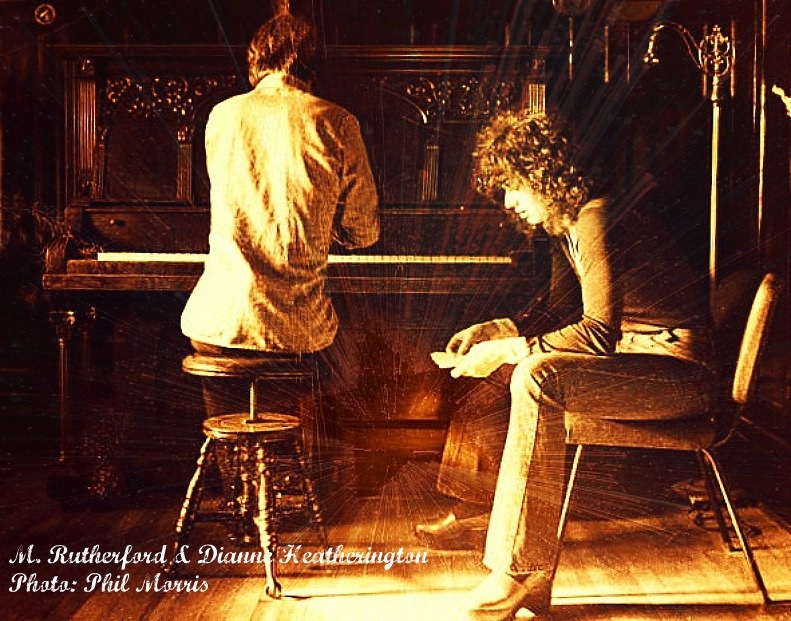 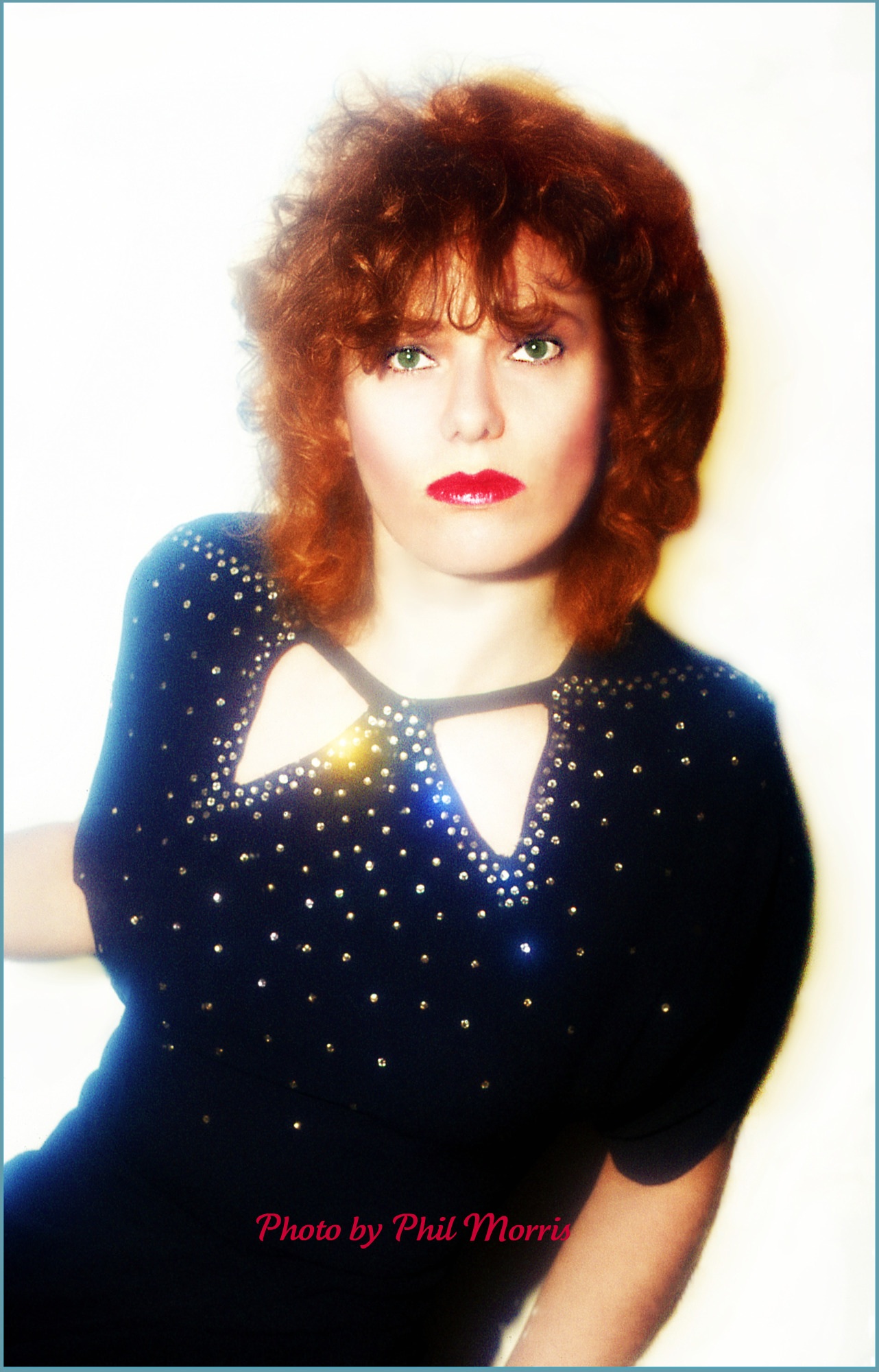 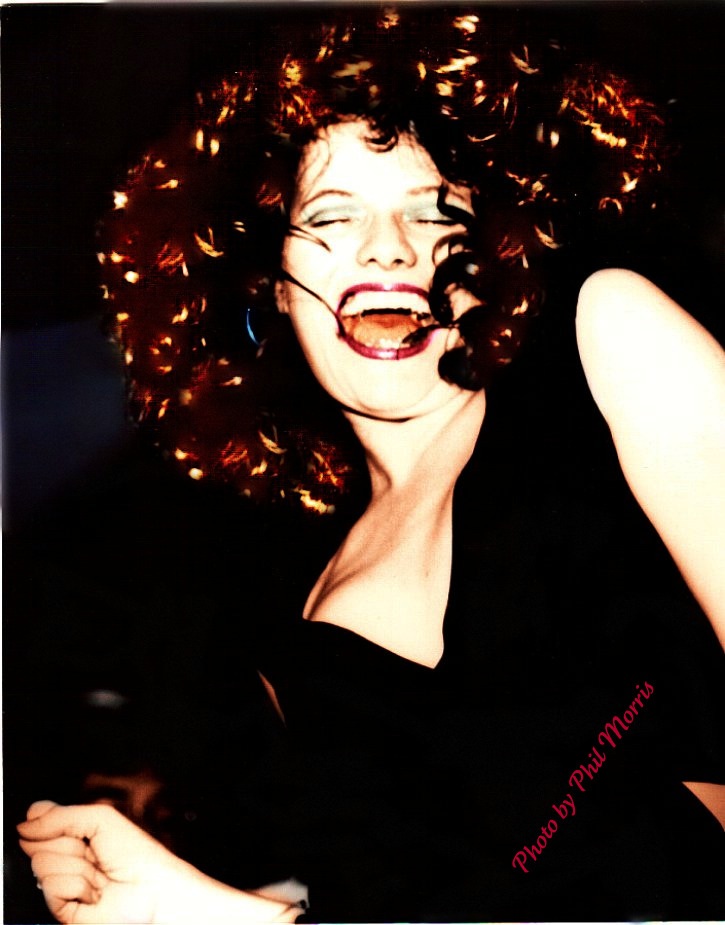 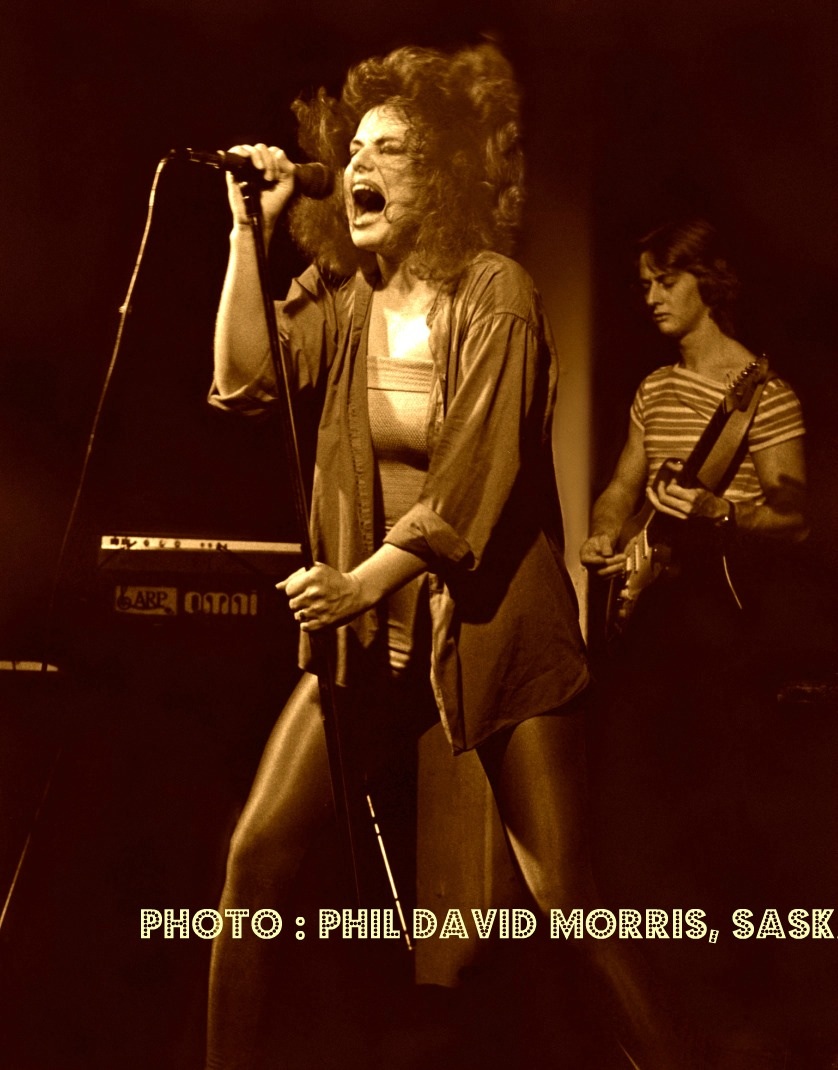 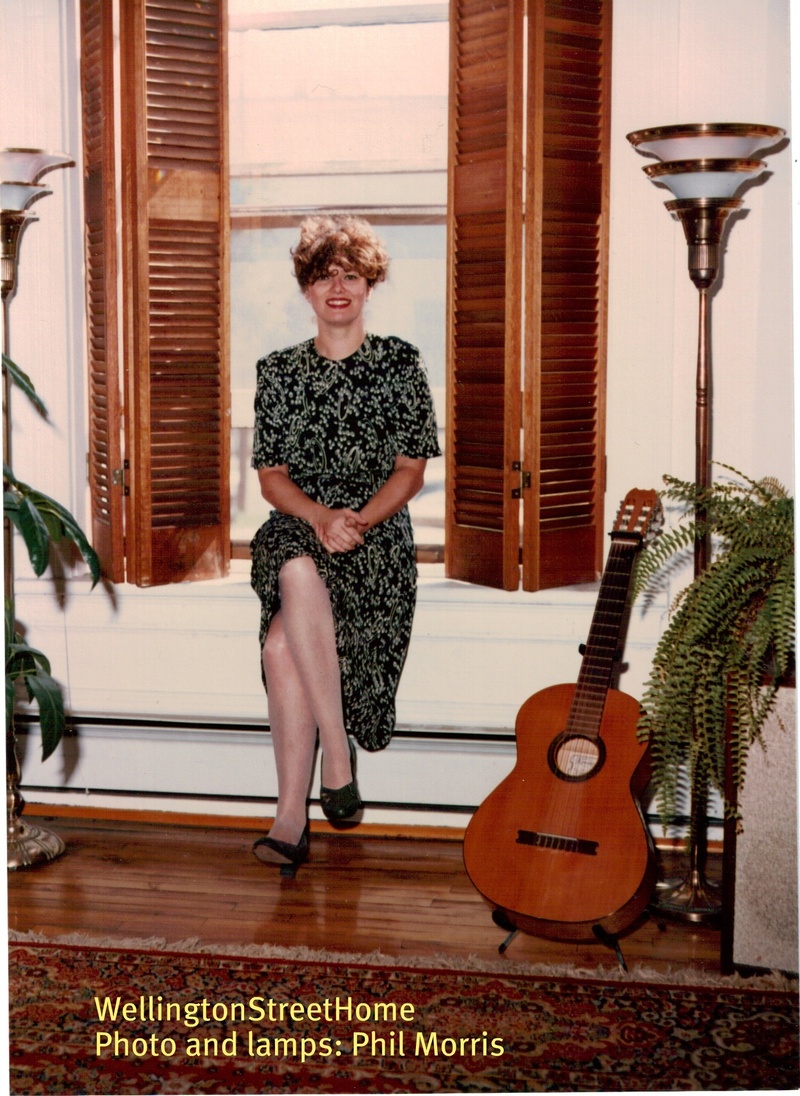 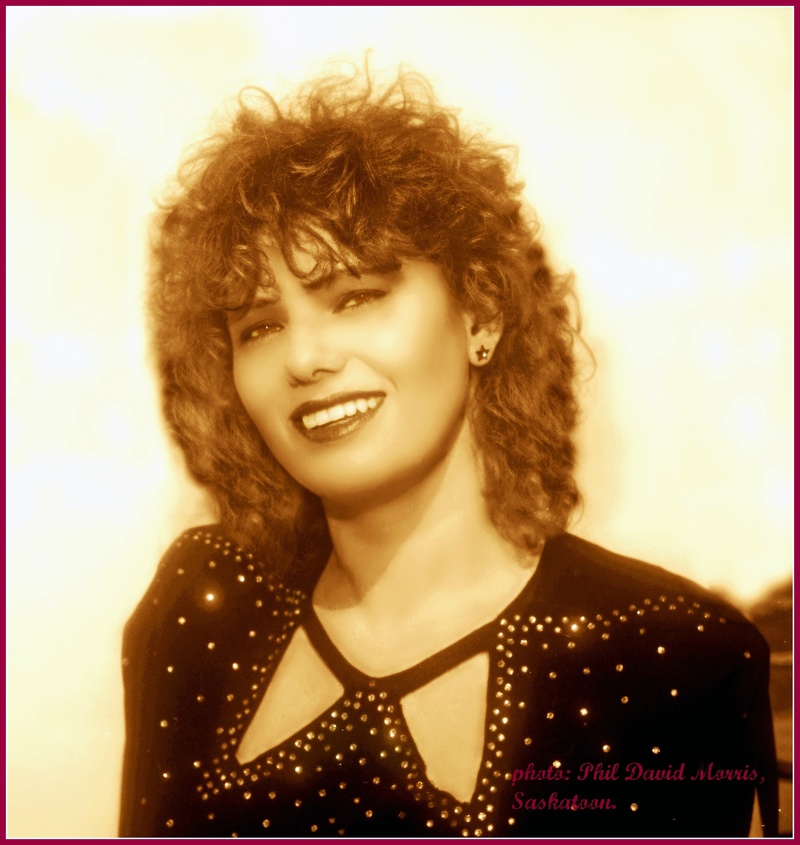 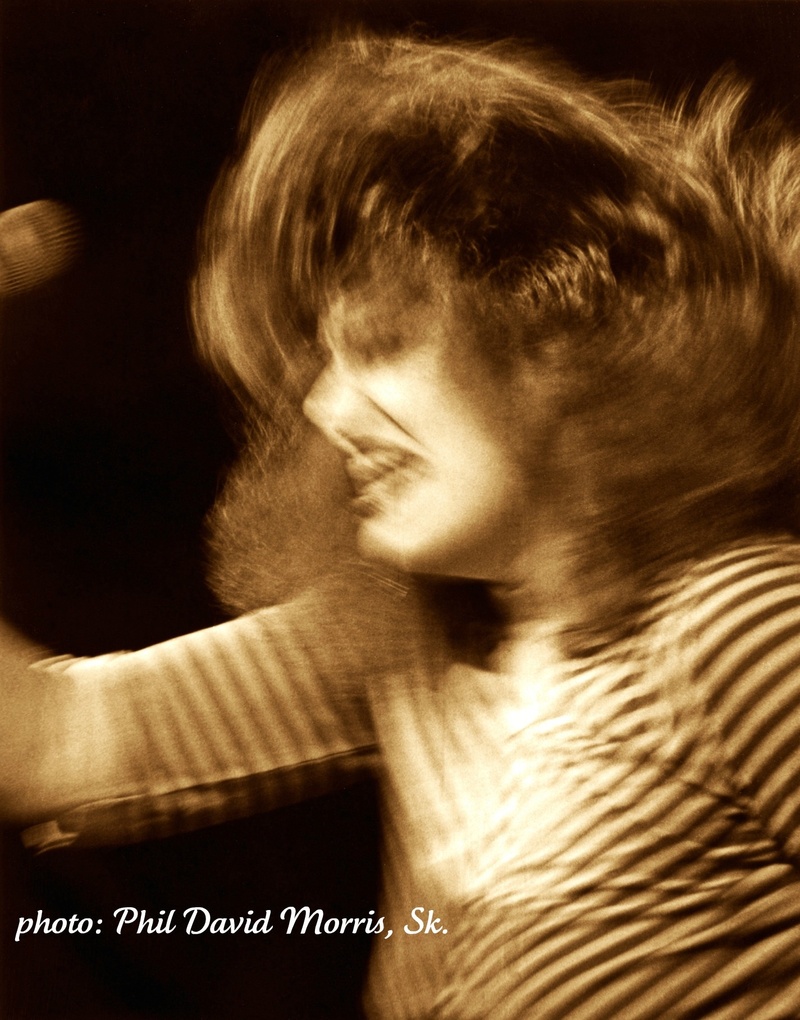 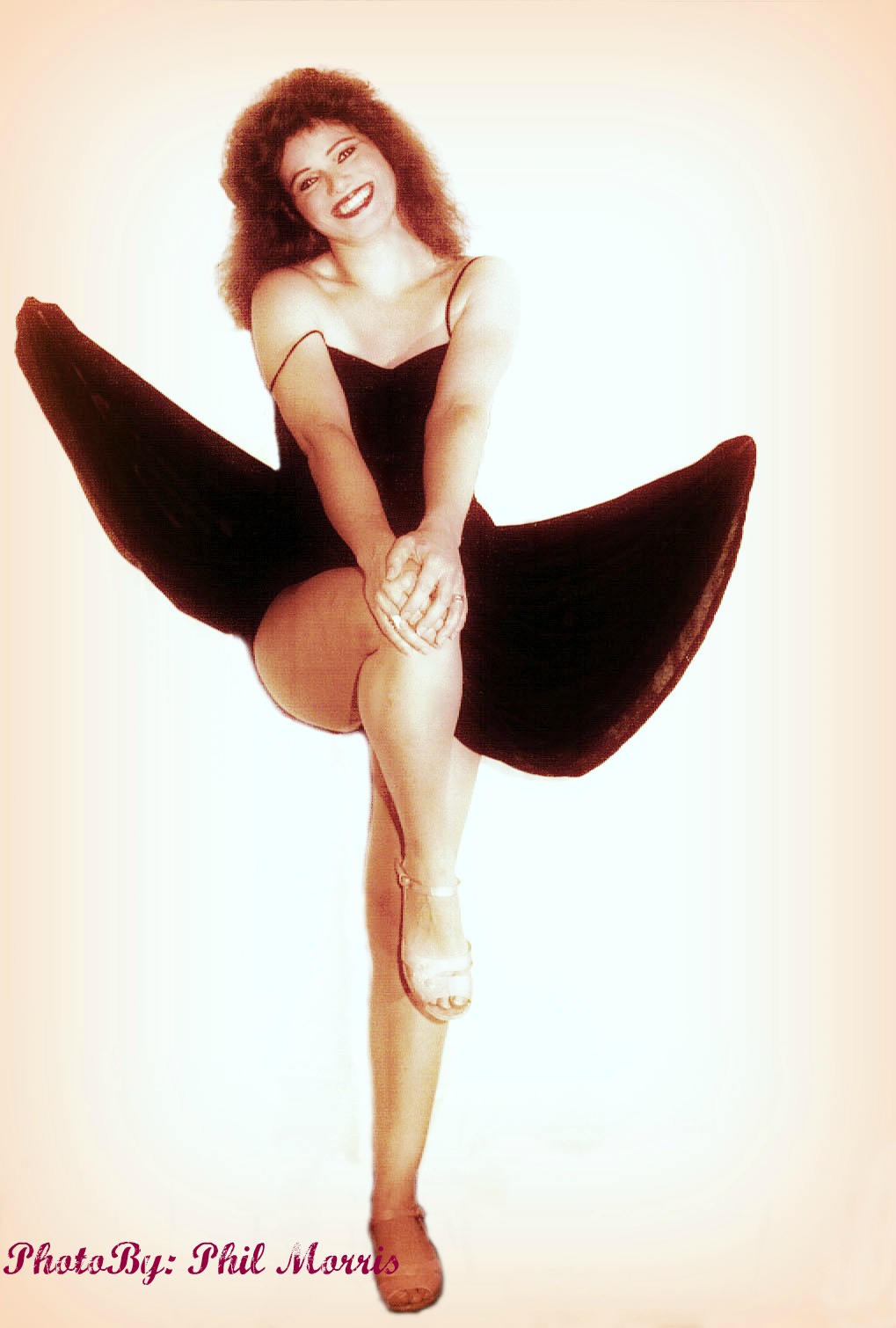 She was the undisputed First Lady of Winnipeg rock ‘n’ roll. On Saturday, May 17 friends, fans and family will gather at the Pyramid Cabaret on Fort Street for an evening of music and memories celebrating the life of former Winnipeg singer extraordinaire Dianne Heatherington.

A mainstay on the local pub and club circuit in the early 70s with her band The Merry-Go-Round and star of her own national CBC television series, Heatherington died of cancer in Toronto in 1996. She would have turned 50 May 14.

“Dianne had an amazing impact on so many people that had the pleasure of knowing, listening and working with her,” states organizer Hersh Garber, whose brother Dave played with Heatherington in the latter 70s. “She also carved a path for many female artists that have enjoyed success internationally.” The event is a local first. “Dianne had a memorial celebration in 1996 at the Opera House in Toronto,” notes Garber, “but nothing was ever organized in her hometown. This is an opportunity to finally celebrate her life in her hometown” Garber, along with former CBC head Marv Terhoch, Norm Stern in Toronto, and local musician Leonard ‘Lewsh’ Shaw, conceived the event several months ago and had no trouble recruiting support from former band mates, many of whom will take the stage on Saturday evening.

“Dianne is an icon who has been overlooked,” insists Shaw, who played with the singer in the 70s and later went on to work with the Guess Who. “She was someone who could really deliver the goods in so many different musical genres.”

Born and raised in Fort Rouge, Heatherington attended St. Ignatius and St. Mary’s Academy parochial schools where she sang in choirs. Encouraged by her choir master to pursue a professional career, she began singing for the CBC appearing on several local productions including Let’s Go with the Guess Who as backing band. She later joined pub rockers The Electric Banana before forming The Merry-Go-Round in 1970 with keyboard player Hermann Frühm, drummer Steve Banman from Sugar & Spice, guitarist Chris Anderson, and ex-Fifth bass player Melvin Ksionzek. Together they set out to conquer the pubs. Their timing couldn’t have been better with the drinking age lowering to 18 in mid September of that year.

Dianne Heatherington & The Merry-Go-Round were renowned for their eclectic repertoire. “I remember tackling tunes that no one else would dare attempt,” laughs Frühm. “We used to do Richard Harris’s ‘MacArthur Park’ with all the parts in it. There we were a bunch of young musicians trying to get all these complex parts right. And I think we succeeded quite nicely, too.”

“Dianne’s arrangement ideas were brilliant,” notes Shaw. “She wasn’t a studied musician and couldn’t always communicate them well but once we got her ideas they were amazing. She was so talented in many ways.”

Besides her drawing power in the pubs, Heatherington also made local music history by persuading a reluctant Led Zeppelin to perform after the outdoor ManPop Festival was rained out on August 29, 1970. “She shamed them into playing,” marvels Frühm, who accompanied the singer to Zeppelin’s room at the International Inn. “She told them, ‘All these people are here to see you and you’re chickening out?’ She spoke to them like they were her little brothers or something. No fear whatsoever.” In the end Zeppelin performed.

In the fall of 1971 CBC TV offered Heatherington her own weekly show, Dianne. The Guess Who even wrote a song about her entitled “Bye Bye Babe”. After a recording contract offer from Kenny Rogers fell through, Heatherington broke up the band in 1972 and headed out to Toronto where she continued to wow audiences. She was nominated for a 1981 Juno award as Most Promising Female Vocalist, losing out to Carole Pope of Rough Trade. Two years later she moved to New York but still failed to make the crossover into the big time. “She was trying to find the right musical niche,” recalls Shaw, who played on her lone 1980 album Heatherington Rocks. “She tried things here, in Toronto and in New York. In some cases she was her own worst enemy. Her own emotions betrayed her career. She was frustrated and she knew her career clock was ticking.”

“We did a weekly gig at Joe’s Bar on 6th Street in New York,” recalls drummer Gary Taylor, who married Heatherington in 1977. “On Friday nights we did country music. Dianne did the show in a Patsy Cline-style dress introducing the songs with a Texas accent. People believed she was from Nashville. She didn’t tell them any different.”

Returning to Toronto, Heatherington pursued an acting career in the latter 80s appearing in Cocktail and The Liberace Story. She later formed her own movie security company employing many of her musician friends. In February 1994, Heatherington returned to Winnipeg to reunite with The Merry-Go-Round for a gala fundraiser on behalf of the Manitoba Museum’s Get Back exhibit stunning everyone with her amazing vocal performance. Diagnosed with ovarian cancer that same year she fought a courageous two-year battle enduring chemotherapy treatments, all the while continuing to operate her business. She died at Sunnybrook Hospital in Toronto on October 22, 1996.

“Everyone that knew Dianne or worked with her was touched by her,” maintains Frühm. “Her memory remains so strong for all of us.”

“Playing with Dianne was an exhilarating experience,” recalls Shaw. “Dianne could be both the most terrifying person to be with onstage and the most emotive and emotional. It was an extreme rollercoaster ride working with her but very rewarding musically. She had the ability to real touch an audience, to move them emotionally. But as much as she was known and loved by her true fans, unfortunately not everyone had the opportunity to hear her.”

An Evening Honouring Dianne Heatherington begins at 7 PM and will feature well-known local performers Ilana Zaramba, Brent Parkin, former Heatherington accompanist Mark Rutherford along with his two daughters, Wayne Kelso, and Rocki Rolletti (Peter Jordan) who will also serve as host. Many former band mates are expected to add to the music throughout the evening, with a special appearance by Junior Barnes. A giant screen will provide images and video clips of Heatherington from throughout her career. Proceeds from the show will go toward establishing a musical scholarship in Heatherington’s name.

“It’s a coming together of Dianne’s friends for all the right reasons,” states Shaw. “We need to do this. It’s long overdue.”