I feel privileged and honored to have been asked by the Manitoba Museum of Music to recall the days of humming tube amps, thin necked vintage Fender and Gibsons, smoky bars, yelling crowds and vinyl LPs. The musicians and bands in Winnipeg in the 60's and 70's let the badger loose and made the walls and halls shake.

No one in CBH had those names. Charles Baker Harris was Charles Baker "Dill" Harris the small strange boy who befriends Scout in the Harper Lee novel “To Kill a Mockingbird". We thought it was appropriate for our group.

A young North-ender (St John's High) named Bill Kroeber hitch-hiked to Vancouver in the early 70's.When he returned he hid in the basement with a cheap bass and an even cheaper record player for a long time.(Sound familiar?).He was invited to a party at the now long gone H.A.S.H. jeans warehouse on Lombard and watched a group of guys jamming. One of those guys was an excellent young guitarist named Allen Hunnie. Allen was ahead of his time musically and was already a savvy young veteran of local bands. The two jammed, talked and found they had a lot in common musically. They decided to start a band. They somehow conned a friend of Bill’s named Greasy Joe( yup..that was his name) into letting them practice in his Mc Adam Street garage two blocks from the crinkle-cut chips and chili sauce of the North End Salisbury house. Jamming there solidified their styles and friendship. One summer night during a major thunderstorm, Al and Bill (and a tin washtub of stubby beers) were in the garage watching nature’s fireworks and decided to put together something that was visually as well as musically different. Al and Bill were heavily influenced by the hard rock coming out of England and the States at the time. Bands such as Led Zeppelin, Queen, Cheap Trick, Bowie, Montrose (RIP Ronnie) Humble Pie, T-Rex, Ten Years After (RIP Alvin Lee) and Geordie (singer Brian Johnson's original band) were major influences. The heavy yet melodic and danceable style that was Charles Baker Harris’ trademark was born of those influences. The idea of the look and sound of CBH was slowly coming into focus.

Thunder and Lightning was coming to Winnipeg and like all storms CBH were short-lived but very intense.

Eventually the neighbors signed a petition (true story) for them to move out of the garage (and practice on the moon where they could probably still be heard!). Allen Hunnie lived on Jefferson Avenue in West Kildonan and through the grapevine and his connections Garden City’s Jeff Zipman was found, jammed with and became their drummer. Jeff's style was jazz influenced while still maintaining a very steady heavy backbeat. The guys left the garage and found offices downtown where Dave Whitehouse (neighbor, friend of Jeff Zipman and future CBH manager) introduced them to another guitarist named Steve Polson who had a little studio. With some help from their soundman/roadie (Terry Smith), the guys tore down the interior wall and carted it out to the street to make room for the equipment. The owner wasn't informed of this renovation (he never did notice), but it was now a great place to practice and start auditioning singers. After a brief search, Robert Mulvaney was added as the bands vocalist. Robert took the band back to the blues roots they would always have in the heart of much of their music. Steve Polson left to continue his studio project and an old North End friend named Marvin Finkel was then added as a rhythm guitarist. The first gigs with this line-up were at the Polish Hall on Mountain and Main, the Northstar Inn, the Viscount Gort and the Vibrations lounge. This version of CBH continued for a short period until the boys moved to the practice house on Hartford and Main where they decided a keyboard rather than a second guitar would suit the sound they were looking for. Dave brought in Bill (two ‘stash) Cook and his raunchy Hammond as the final pieces of the puzzle. Along with great friends Terry Smith (sound) and Big Bill Scolnik (roadie, driver and a great bass player as well) CBH was ready to go!!!

CBH took the music seriously and approached the band as a full time commitment. They practiced and practiced until it was right. The clothing worn and their stage presence were just as important as the music. A lot of recognition has to be given to manager Dave Whitehouse who took CBH from the practice hall to the stage. He set up gigs in local High Schools and in Southwest Manitoba. They played in wonderful towns like Treherne, Killarney, and Baldur and many others and word of mouth spread in that district until the band was playing Legion halls and socials all around the area. CBH did the full stage show no matter how small the audience. Changing in a room or in a washroom the band looked and gave their all. Every show and crowd was treated with respect and therefore received the best CBH could give. Eventually, the boys started playing in Winnipeg. The band had the show down tight with a big following from out of town. The Village Inn was the first (and last!) club the band played and the first night was packed with a line-up around the block. The band was quickly doing all the major bars in the city while still doing one nighters and writing original music to add to the show. The unique feature of CBHs' music was that the band would take a standard danceable song such as “Born to be Wild" and use the outer shell of the song as a vehicle to jam to and in doing so making the song feel fresh each night. The dance floors were always packed and encores were given at almost every date. CBH gave the bar audiences the same all out stage show that it had grown accustomed to doing for the out of town large dates. The excitement of a CBH show lay in the fact that anything could happen and the band was often as surprised as the audience at where the music would lead them. The roadies would often bet the band couldn't find its' way back to the shell of the original song! Many audience members started showing up to the shows wearing the CBH style of clothes (long gone is Cockatoo Fashions on Portage and Vaughn).Other bands also started getting less inhibited and joined in the fun. CBH didn't make it to the very top but it did change the Winnipeg scene musically and visually. Extremely loud, full of attitude and fun, the band had as much of a good time as the dancers and the listeners. In the morning, (when the ears were still ringing) a night with CBH was always remembered and passed along to friends. CBH was a grassroots, word of mouth, and exceptionally interesting little group of musical scallywags.

Well…all goods things had to end and eventually CBH had made it's statement and run it's course. We were privileged to have played for a short while near the end of CBH with such great musicians as Glen Willows, Steve Heygi and the late Dave Ingles(miss you Dave). The members of CBH all went on to do different things, all staying as musicians for the most part. Allen Hunnie went on to play with such notable Winnipeg bands as Playground X and Vienna to name a few. He is now extremely busy doing incredible work as a Mastering Engineer with Allen Hunnie Audio. The rest of CBH is still involved or playing in some capacity in the business we all love. Jeff Zipman is working as a wellness coach now in B.C. and is still playing. So is Robert Mulvaney at last news. Bill Cook also had stints with various local bands. I still have the 73' Rickenbacher bass I got from (River and Osborne) Long and McQuade and still play a lot. Never sell your guns and spurs. We thank the Manitoba Museum of Music for the trip back to a time when the best bands and musicians in Canada were all assembled in one exciting place. Here. Our home. Winnipeg.

Special thanks to (Allen Hunnie for the rare old pictures) and our friends Dave Whitehouse (for jogging the memories, press clippings and being instrumental in CBH’s story), Terry Smith, Big Bill Scolnik, Marvin Finkel, Jimmy Smith, Mike Hlatky, Rick Demo, Rob Robinson, Glen and Fred at Long and McQuade, the late Jerry.Kolt (RIP and thanks for all the gigs) from Hungry I and all the many CBH fans for coming on the ride (short but sweet) 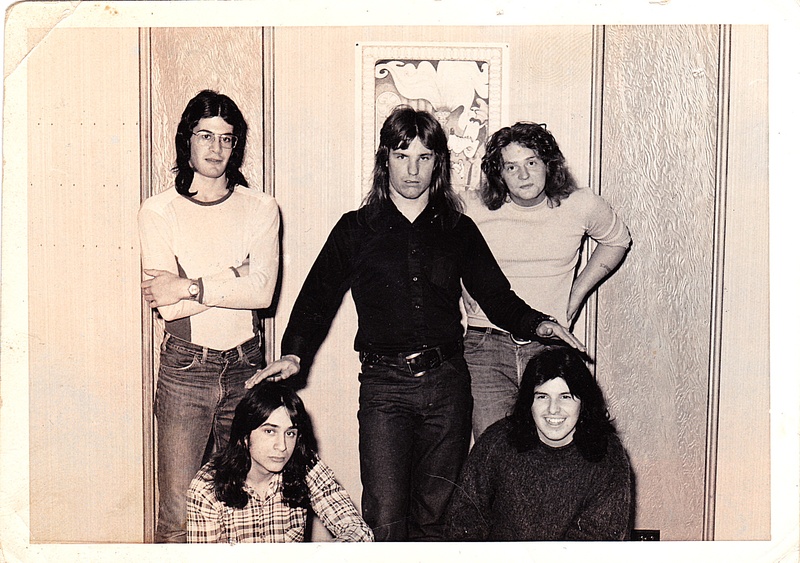 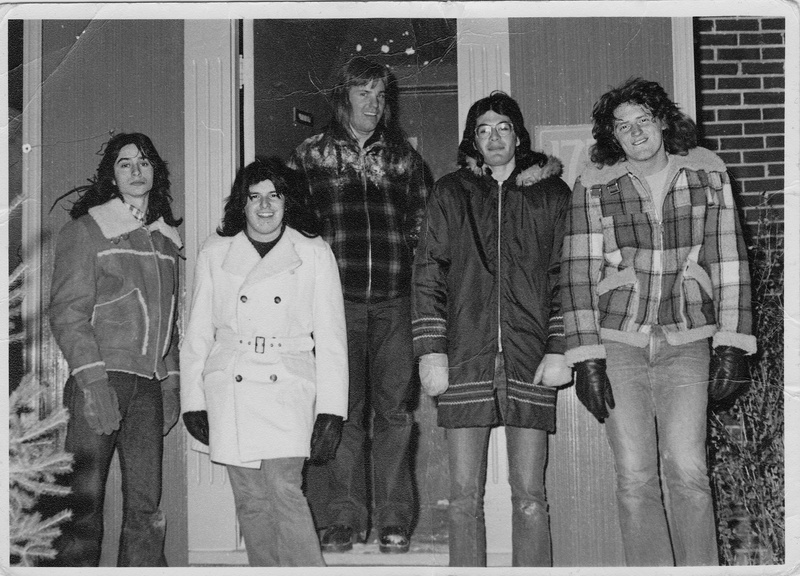 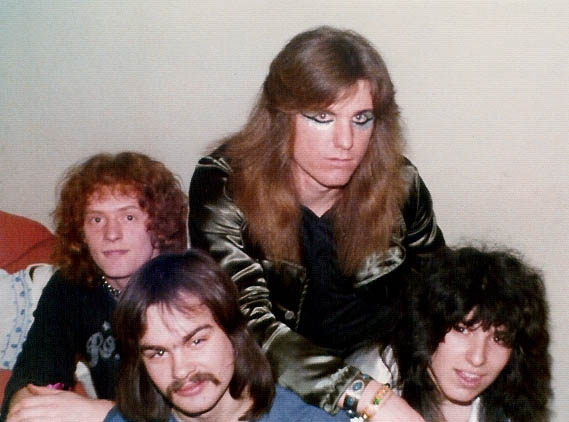 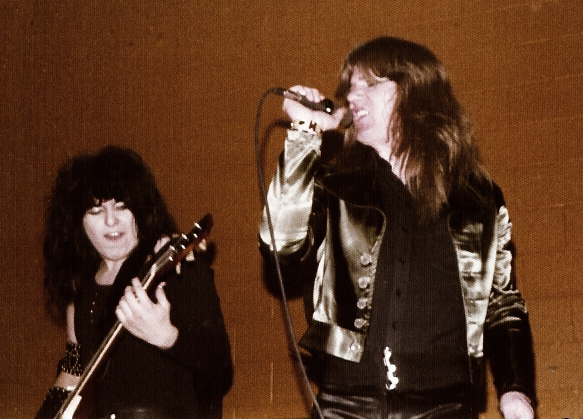 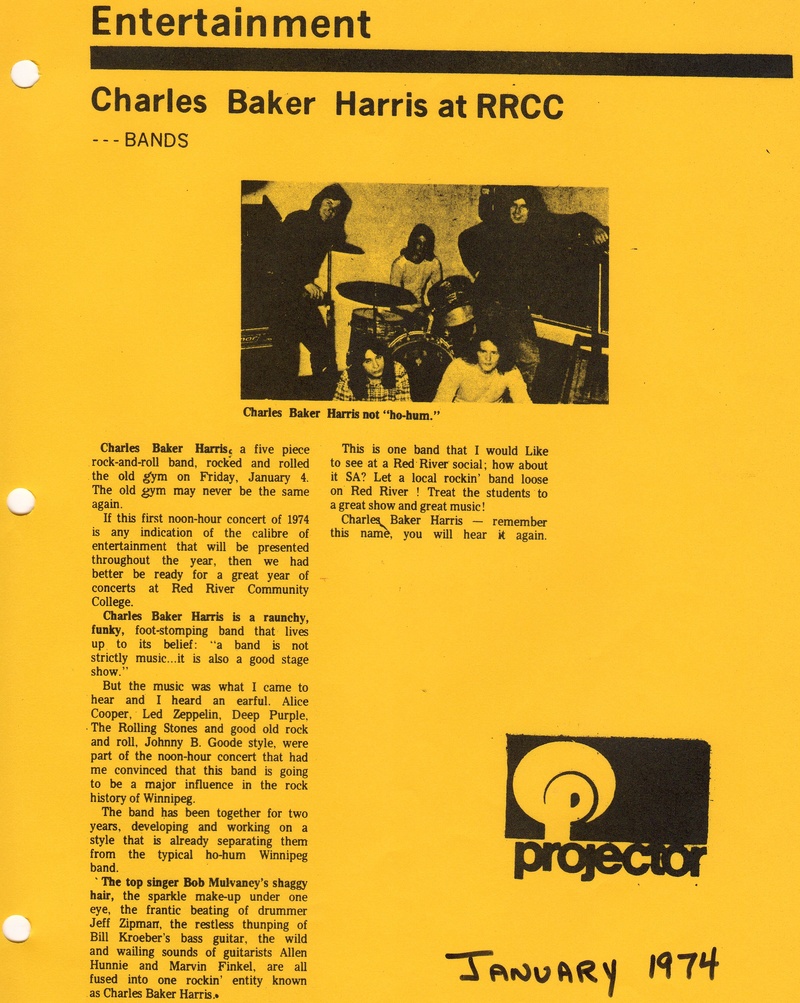 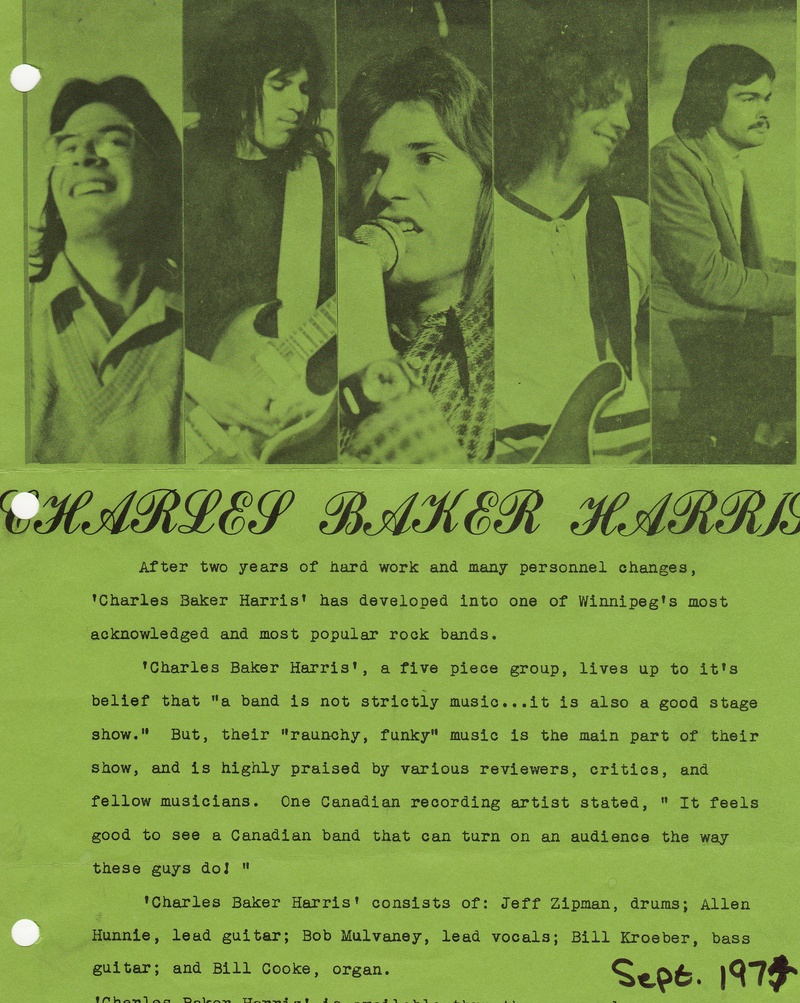 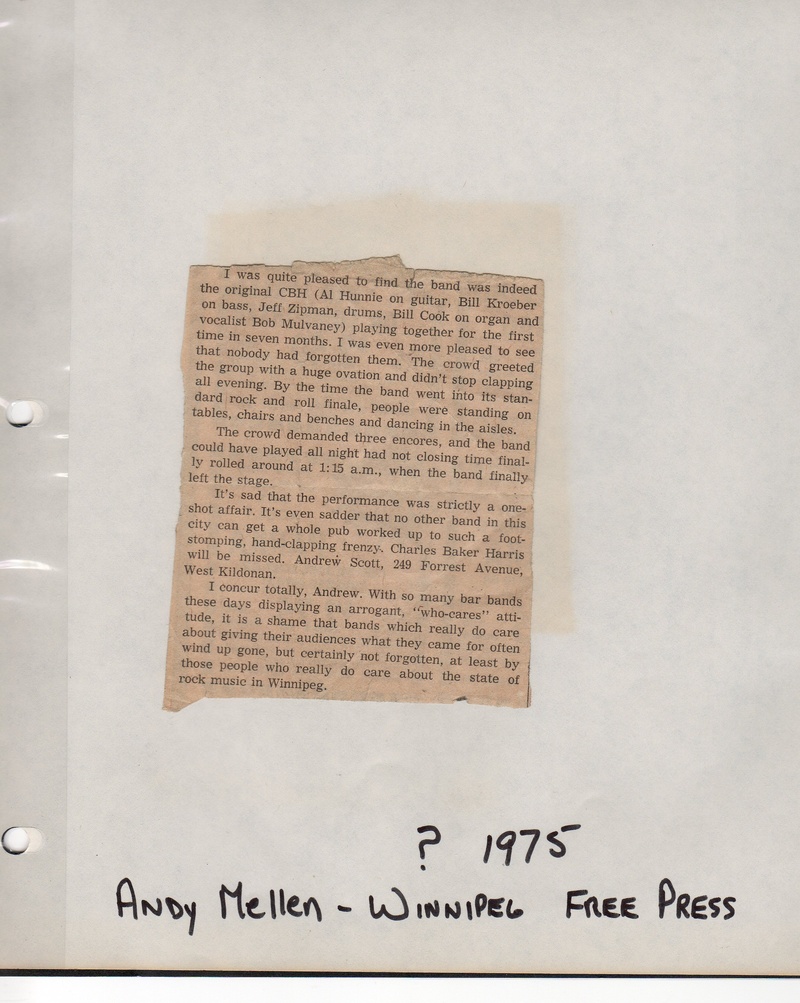 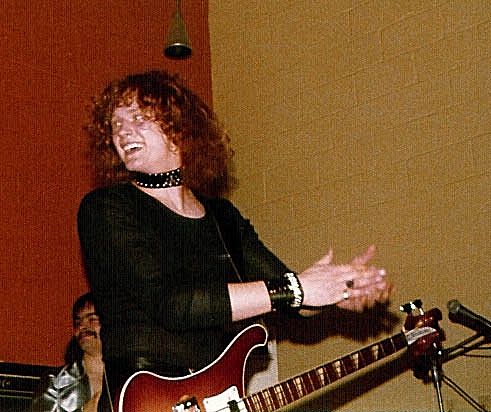 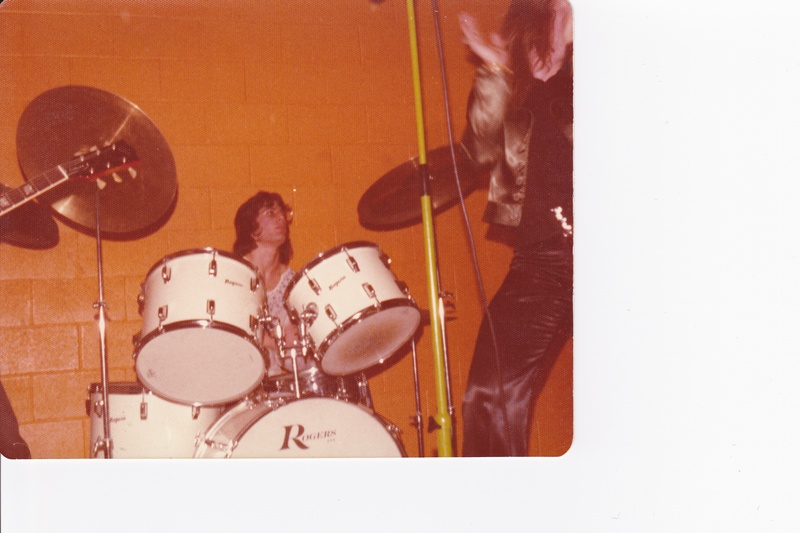