In 1966 while attending the University of Manitoba I met Garry Rogers who was in the Faculty of Education and was an avid drummer with various groups including Carmine LaRosa. Upon invitation I joined and we three became The LaRosa Trio and subsequently played such venues as the Town and Country Nightclub’s Gold Coach Lounge, Chan’s Moon Room as a lounge/dance band. Two LP’s were produced with Italian song flavour as well as a single 45 in 1967 celebrating Canada’s Centennial “All Right OK, You Win”/” Era Qui “.

Other musicians contributed to the group on events and recording; Brian Hillman drums, Ted Hicks accordion, Barkley Johnson sax, Mike Ficzere (Fischer) piano and Bill Ostap cordavox. The LaRosa Trio moved into the pub scene in the later part of 1960’s / early 1970’s and performed throughout Winnipeg opening up such new hotels/pubs as the Village Inn in Westwood, Winnipeg.

Because of the versatility and especially Carmine LaRosa many weddings (mostly Italian) and special events were performed by The LaRosa Trio. The group spanned more than a decade and was very active in the Winnipeg music scene, and anyone who frequented the pubs and nightclubs in Winnipeg during that period of time surely heard The LaRosa Trio perform. 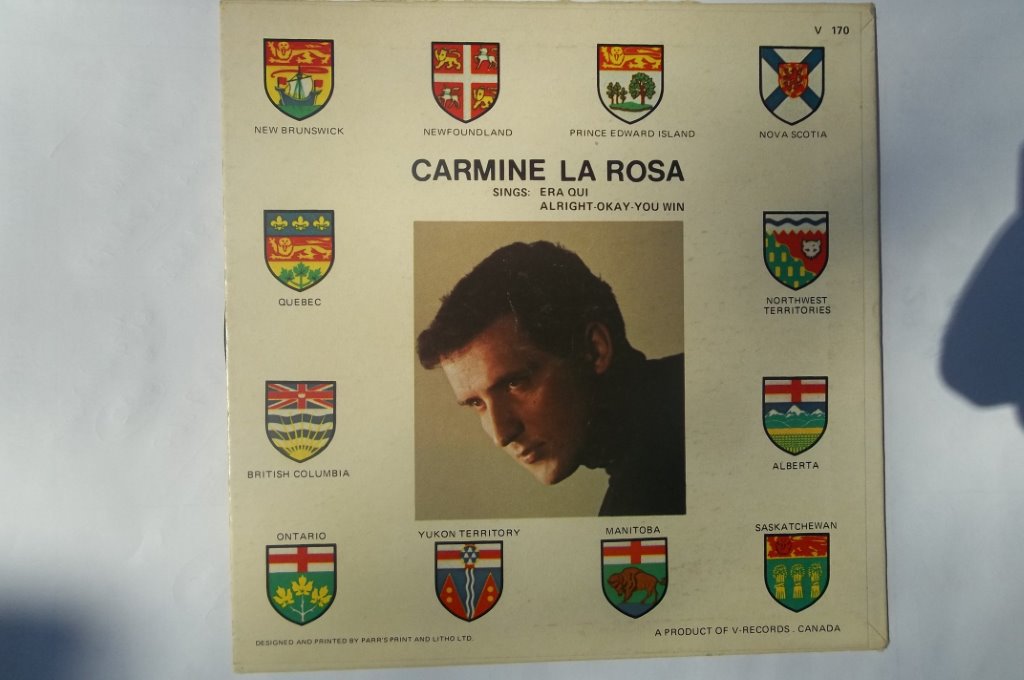 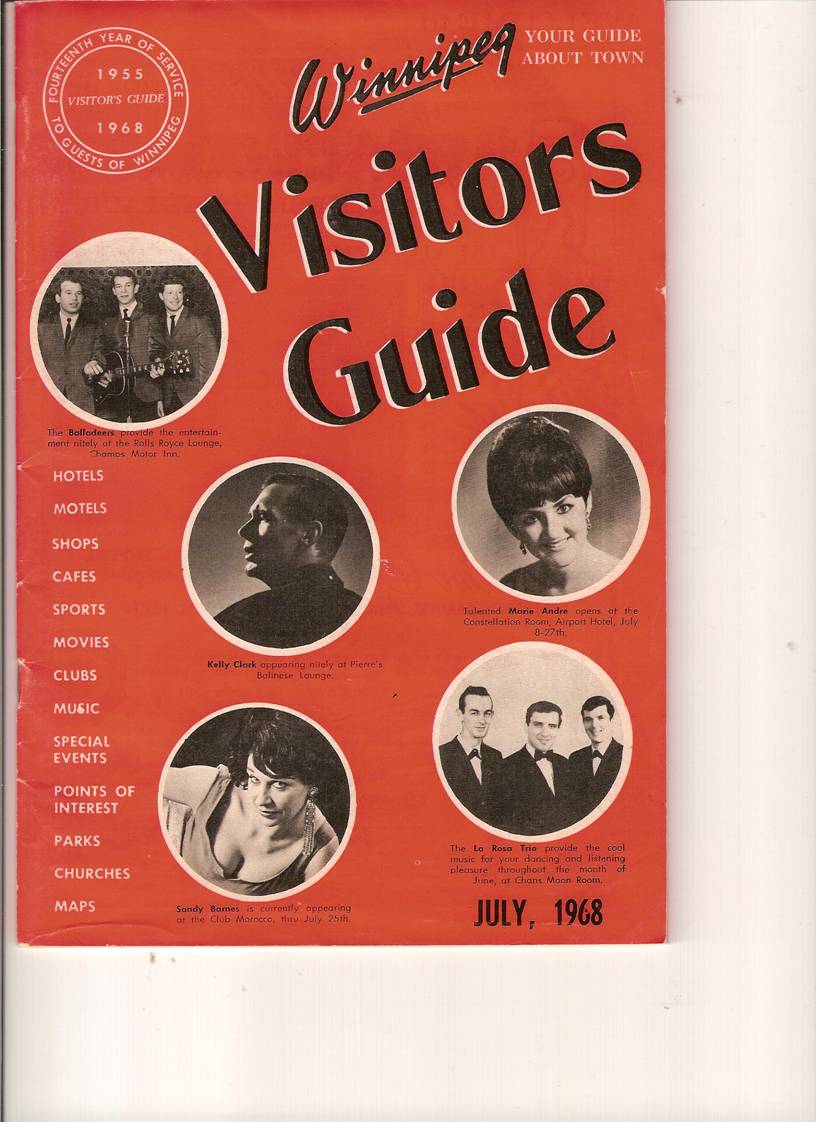 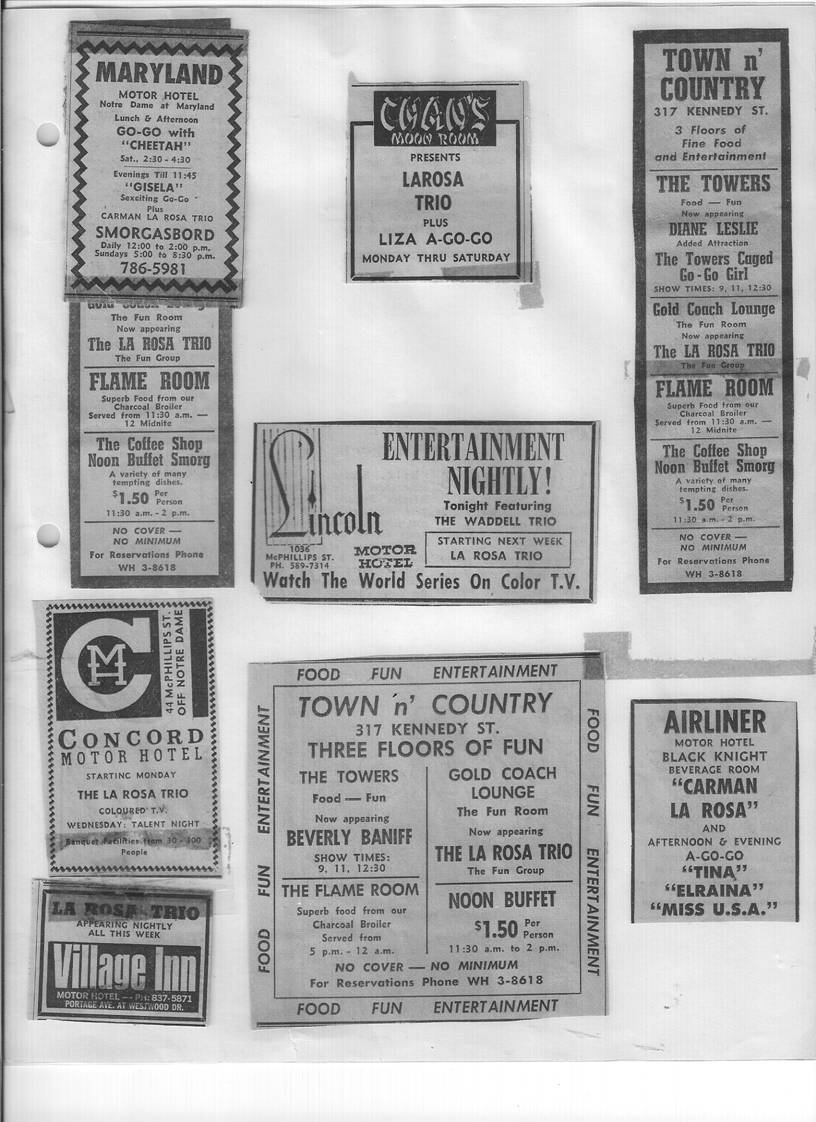 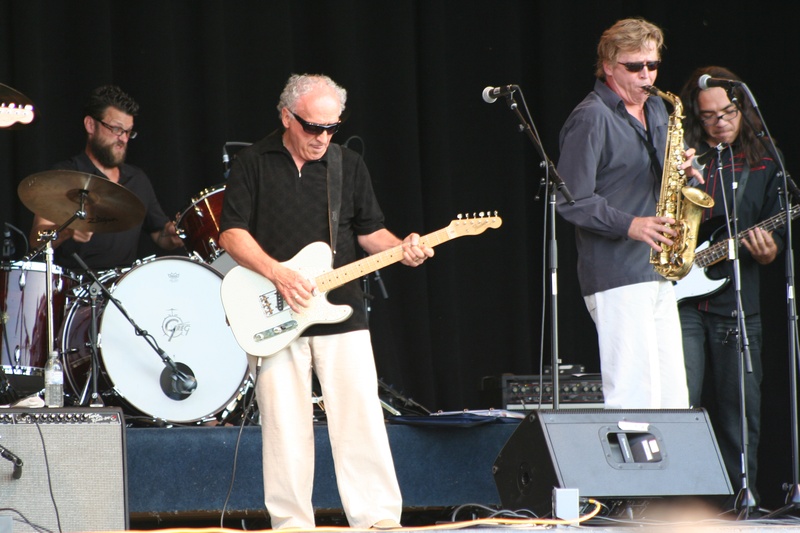