ALVIN SPRINTZ With great sadness the family of Al Sprintz wishes to share the news of his passing on March 15, 2012, at the age of ninety, after a lengthy illness. He was predeceased by his precious wife Becky and is parents Malka and Yakov Sprintz. Left to mourn his passing and celebrate his life are his children, Carol Sprintz and Gary Sprintz (Mona); his grandchildren Jonathon (Kori), Danial (Rebecca) and Mila Rae. His great-grandchildren Gavin and Gage and future granddaughter due any minute will not get to know him personally, but they will hear his music. His sister Velma Kesten and sister-in-law Lenore Kagan will also miss his stories and his fun loving spirit. He had numerous cousins, nieces, nephews and friends who will miss the time they spent with him sitting in the yard or at the lake or in the clubs or just hanging out. Al was born in Bessarabia, Romania, on January 18, 1922. He immigrated to Canada at a young age with his parents and sister. He grew up in the North End on Pritchard Avenue across the street from his beloved future wife Becky. They were destined to be together from childhood until her untimely death in 1987. There was never a day after that he did not miss her. In the heart of the North End of the city he also discovered his second love .... music. He learned the basics on the violin and quickly was motivated to move onto the clarinet and saxophone. He also composed music for his bands. He would constantly be humming and tapping. Suddenly, he would rush for paper and pencil, quickly draw a staff and begin writing his music. He listened to Artie Shaw constantly. Al was well known in the music world and played his horns to the delight of all those who frequented night clubs all over the city, especially his favourite gig at the Club Monaco where he entertained for twenty six years. Al was also a veteran of the Second World War. He enlisted in the Air Force and travelled all over Europe entertaining the troops. He and his musicians and acts were as welcome overseas as they were in Winnipeg. His time overseas also considerably enlarged his repertoire of stories. And .... could he ever tell a story! Though Al had many, many entrepreneurial projects after the war, music was his constant companion. When his son, Gary, began his clothing business, Al Sprintz and Son, Al was always there to give him tips, advice and encouragement. He was the consummate salesman and helped Gary immensely in getting the suit business off the ground. Eventually, he became a partner and still continued to go to the office every day until last year. About five years ago Dad had to stop playing his music. His hand tremors had become worse and he could no longer control the sounds of his music or his trembling fingers. That was a sad time. He had lost his second love. Special thanks to caregivers Alletta and Janice who treated him with dignity and respect during his declining months. Also, the doctors and nurses and staff at Seven Oaks Hospital during his lengthy stay. Funeral services, conducted eloquently by Rabbi Lander, were held on Sunday, March 18, 2012, at the Hebrew Sick Cemetery under a beautifully blue and sunny sky. Many relatives, friends and acquaintances came to pay their respects. His grandchildren spoke of him with affection and good humour. We know he was proud of them. We know he was smiling. Pallbearers were Jonathon Sprintz, Danial Sprintz, Mila-Rae Sprintz, Cyril Kesten, Mark Kagan and Hartley Rosenberg. Honorary pallbearers were Myer Thompson, Gary Gross, Harold Fleishman and Elliott Garfinkel. If so desired, donations may be made in Al's memory to Camp Massad, the Kidney Foundation or to a charity of your choice. Travel on the wings of G-d. Love you forever.

As published in the Winnipeg Free Press on March 24, 2012 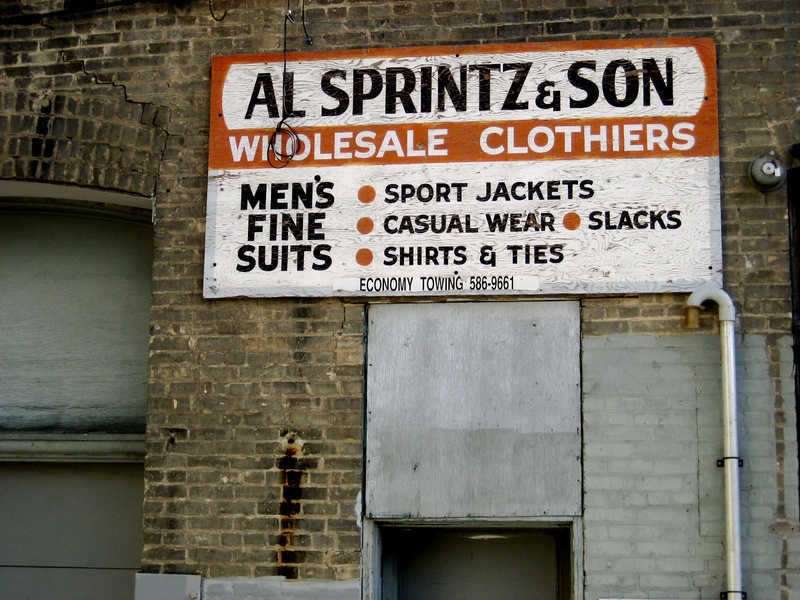